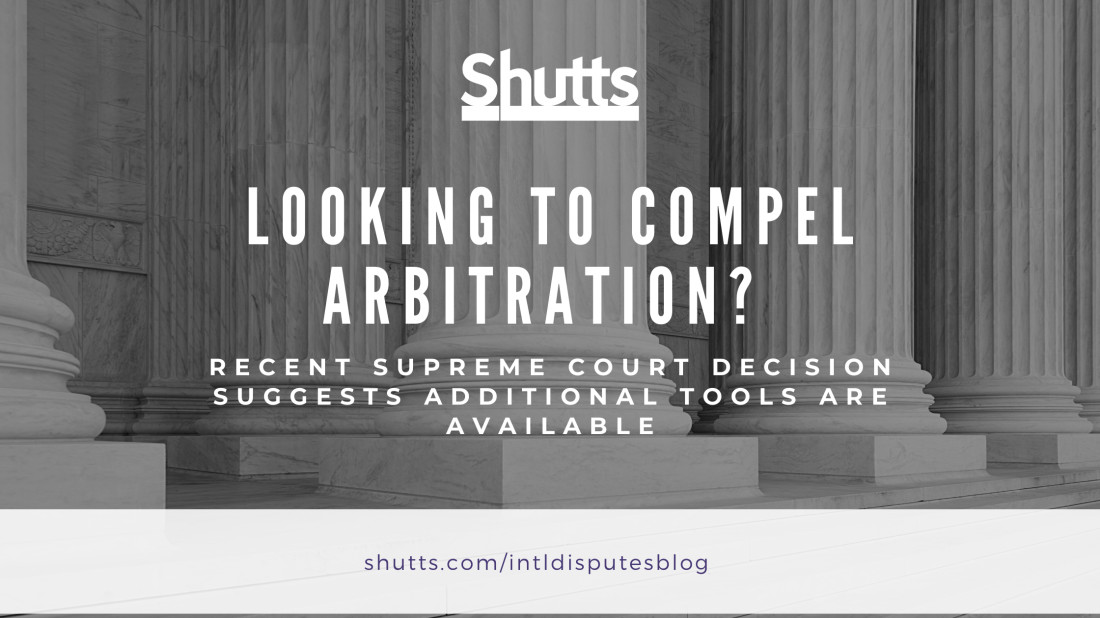 Sometimes compelling arbitration is simple. If the parties to a dispute signed an agreement to arbitrate, a signatory would normally be able to use that agreement as a basis to move to compel arbitration pursuant to the agreement and the New York Convention on the Recognition and Enforcement of Foreign Arbitral Awards, aka the “New York Convention.” Other times, the issues are much more complex, and compelling arbitration requires a deeper analysis and nuanced arguments.

This may be good news for those non-typical circumstances, where a state law doctrine can be invoked to provide additional bases to compel a dispute to arbitration. In Outokumpu, the U.S. Supreme Court rejected the view that the New York Convention is restrictive, and instead found that Article II contemplates “the use of domestic doctrines to fill gaps in the Convention” and that Article II does not prohibit the application of domestic law. This decision speaks volumes and will most certainly fuel a wide scope of new arguments by counsel as to why certain matters should be compelled to arbitration.

While it remains to be seen how lower courts will apply the Outokumpu decision on a “case-by-case basis” as suggested by Justice Sotomayor in her concurring opinion, one thing is clear: Outokumpu provides additional access to sophisticated tools to those litigants seeking to compel their matter to arbitration. Given the complexities of business transactions in the 21st century, decisions like Outokumpu provide additional support to litigants to build a case for compelling a matter to arbitration, even when the underlying documents may not fit the classic frame.