No Need to Panic—Attorney Fee Provisions in Florida Are Safe
10.18.21 | Gregg I. Strock 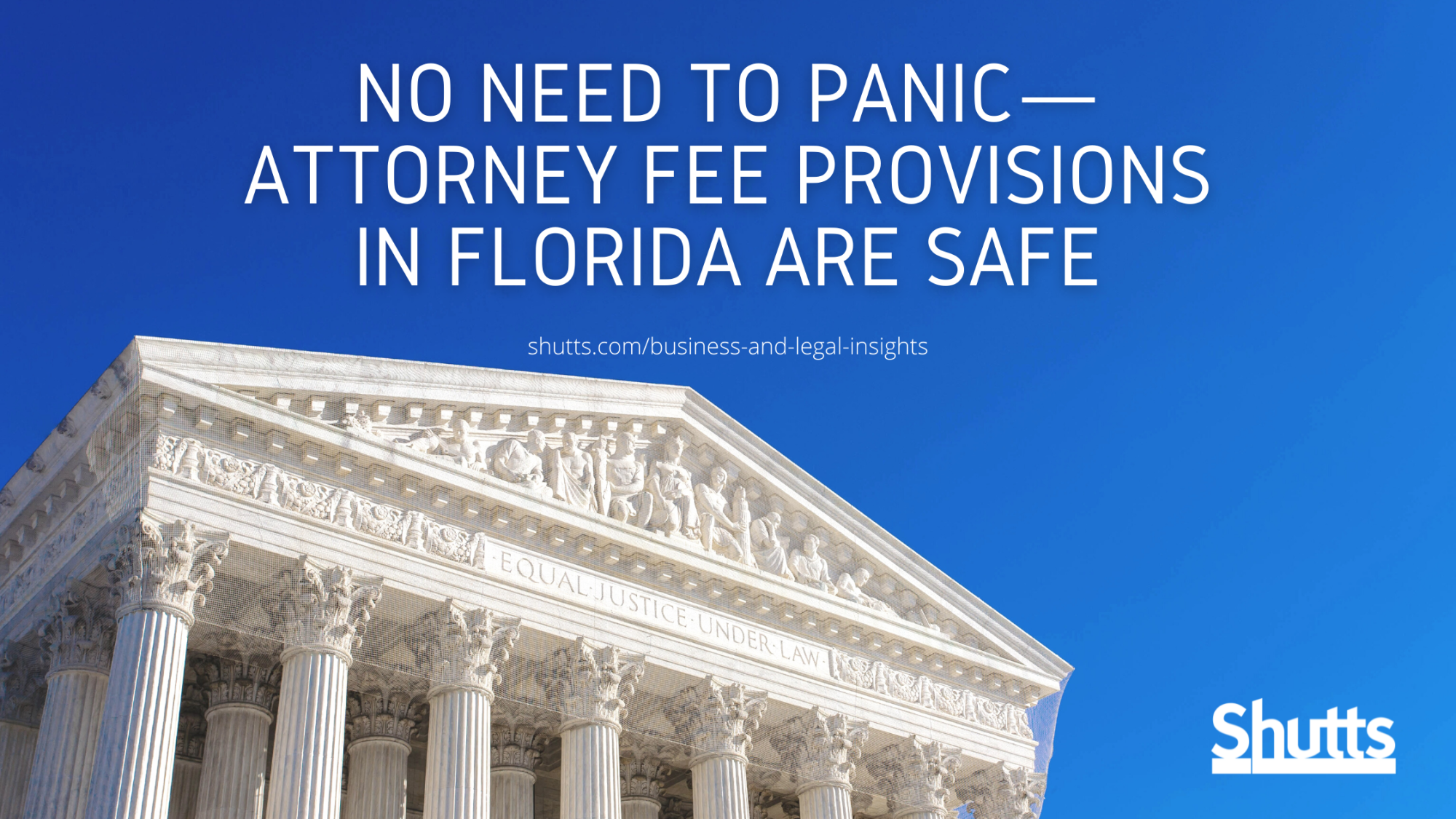 Earlier this month in Levy v. Levy, No. SC20-1195, 2021 WL 4614308 (Fla. Oct. 7, 2021), the Supreme Court of Florida issued a ruling that section 57.105(7) of the Florida Statutes did not apply to the attorney’s fee provision in a divorced couple’s property settlement agreement (“PSA”).  Section 57.105(7) of the Florida Statutes converts by law a unilateral prevailing party fee provision into a reciprocal fee provision.  Simply put, this means that if a contract provides that only one party has the right to attorney’s fees if it prevails in court, then both parties are granted that right regardless of the unilateral language in the contract.  As one might imagine, the ruling against attorney’s fees in Levy sent shivers down the spines of transactional and litigation attorneys alike.  Is every attorney’s fee provision in every contract and settlement agreement at risk?  Fear spread and some publications even recommended that every fee provision going forward must expressly state which party it is in favor of (defendant or plaintiff)—but that simply is not true.  Levy is, in reality, a very limited holding, and most fee provisions are safe from its effect.

Second, and more importantly, the prevailing party in Levy (the ex-wife) was not denied attorney’s fees because section 57.105(7) did not apply, she was denied because she did not satisfy the requirements of the PSA to prove her entitlement to the fee award.  The PSA provided, in part, that “the party who is found to be in violation of this Agreement shall pay to the other party who prevails in said action, the prevailing party’s reasonable expenses incurred in the enforcement of this Agreement” (emphasis added).  Thus, not only did a party need to prevail to be entitled to its attorney’s fees under the PSA, it must have proved that the losing party also violated the PSA.  The prevailing party, though she prevailed, failed to prove a violation of the PSA.  With that express contractual limitation in mind, the Court denied the fee award and held that even if section 57.105(7) did apply, it only “levels the playing field, but does not expand it.”  In other words, even if the statute could be used in Levy, it could not entitle the prevailing party to attorney’s fees that the other party to the contract would not be entitled to if it had prevailed.  The statute could not delete the language from the PSA that required a prevailing party to prove that the losing party violated the PSA.