Written for litigators, design professionals, contractors, owners, developers, engineers and others in the field, this blog covers legal issues. 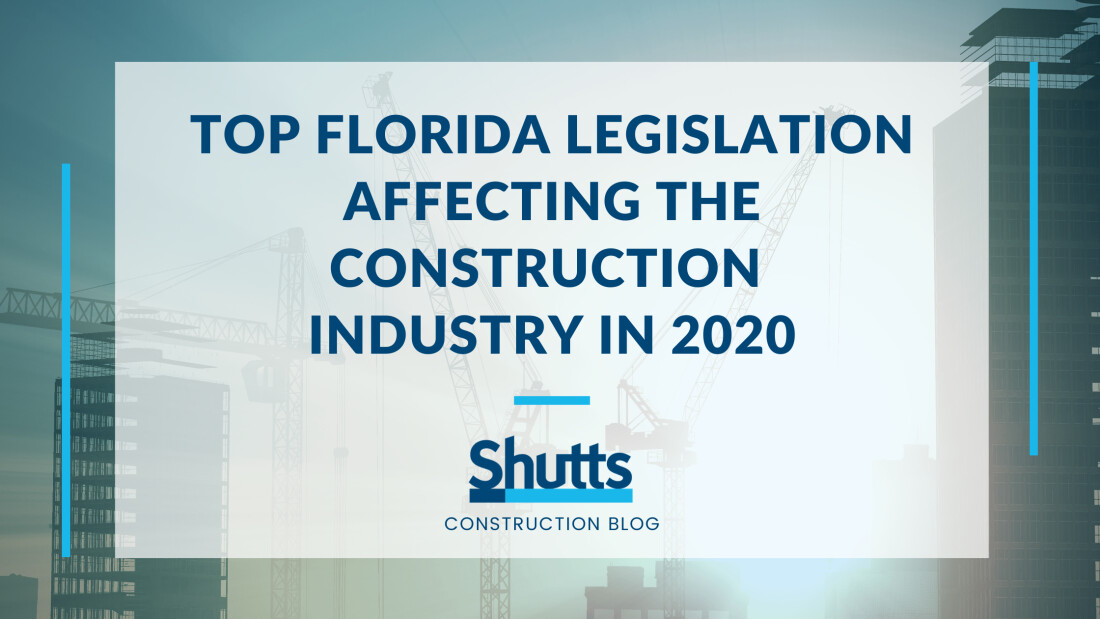 This recap provides an overview of the notable legislation that stands to impact players within the construction industry:

CS/HB 1193 — Deregulation of Professions and Occupations

Among several provisions in the Deregulation Bill, numerous construction industry licenses were deregulated and the Florida Building Commission was reduced in size while homebuilders were granted more seats.