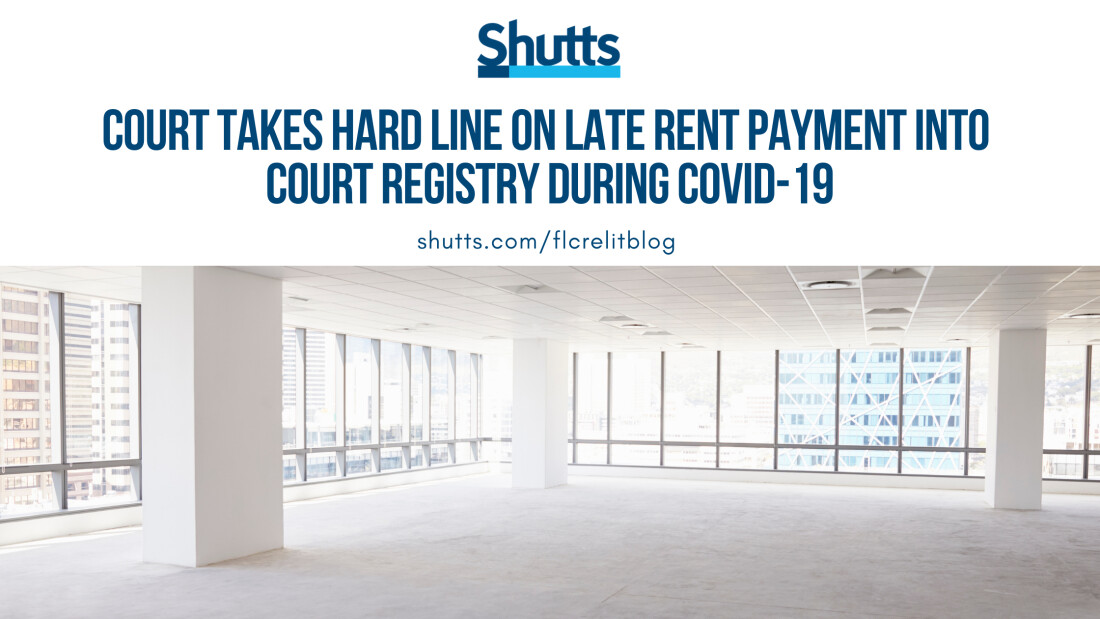 Under a particular Florida statute, in a commercial eviction, where there is a court order requiring the tenant to pay rent into the court registry during the lawsuit and the tenant fails to pay, the tenant is considered to have waived its defenses and the landlord is entitled to an immediate default for possession.

How strictly that rule is applied was recently put to the test. After the trial court entered an order requiring the tenant to pay its rent into the registry on the first of the month, the tenant mailed the payment to the clerk of court two days before the due date. The clerk deposited the payment into the registry one day after the due date. The landlord moved for a default. The trial court rejected the landlord’s request because the tenant mailed the check on time and it was during COVID-19, when various in-person activities in the state’s courthouses have been off limits, though the payment was made during a time when the courthouse was open.

In short, the court stated that there is no “fairness” exception to the statute’s requirement of paying on time. This is an important lesson for landlords and tenants alike.