While the Third and Fourth District Courts of Appeal will not change, the boundaries will be moved for the other three Districts in order to carve out an area for the new Sixth District Court of Appeal. 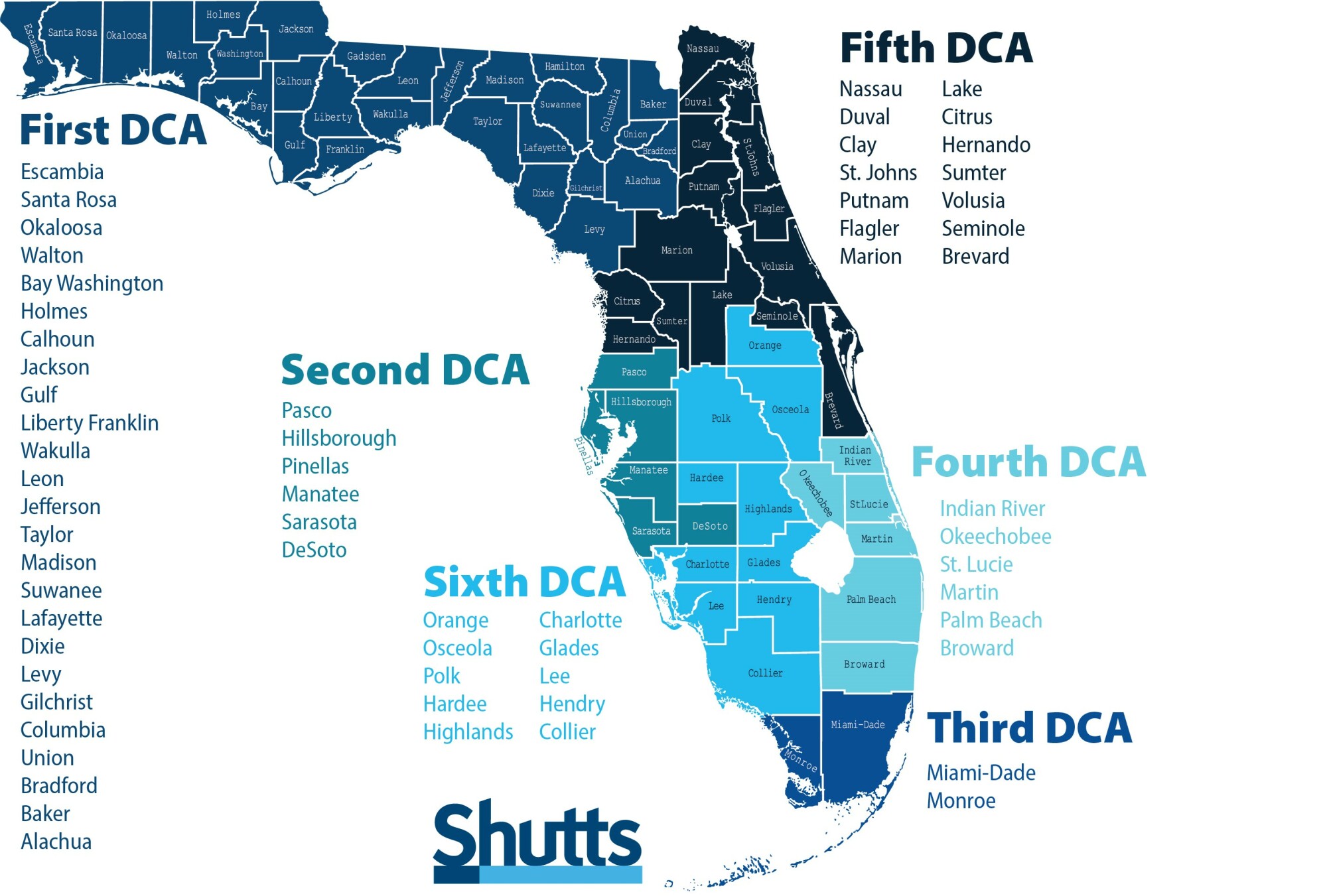 In addition to moving the boundaries of the Districts, the legislation created seven new vacancies. Three of these vacancies are in the newly created Sixth, and four are in the re-drawn Fifth.

Judges will be reassigned to the District Court that corresponds with their place of residence on December 22, 2021. 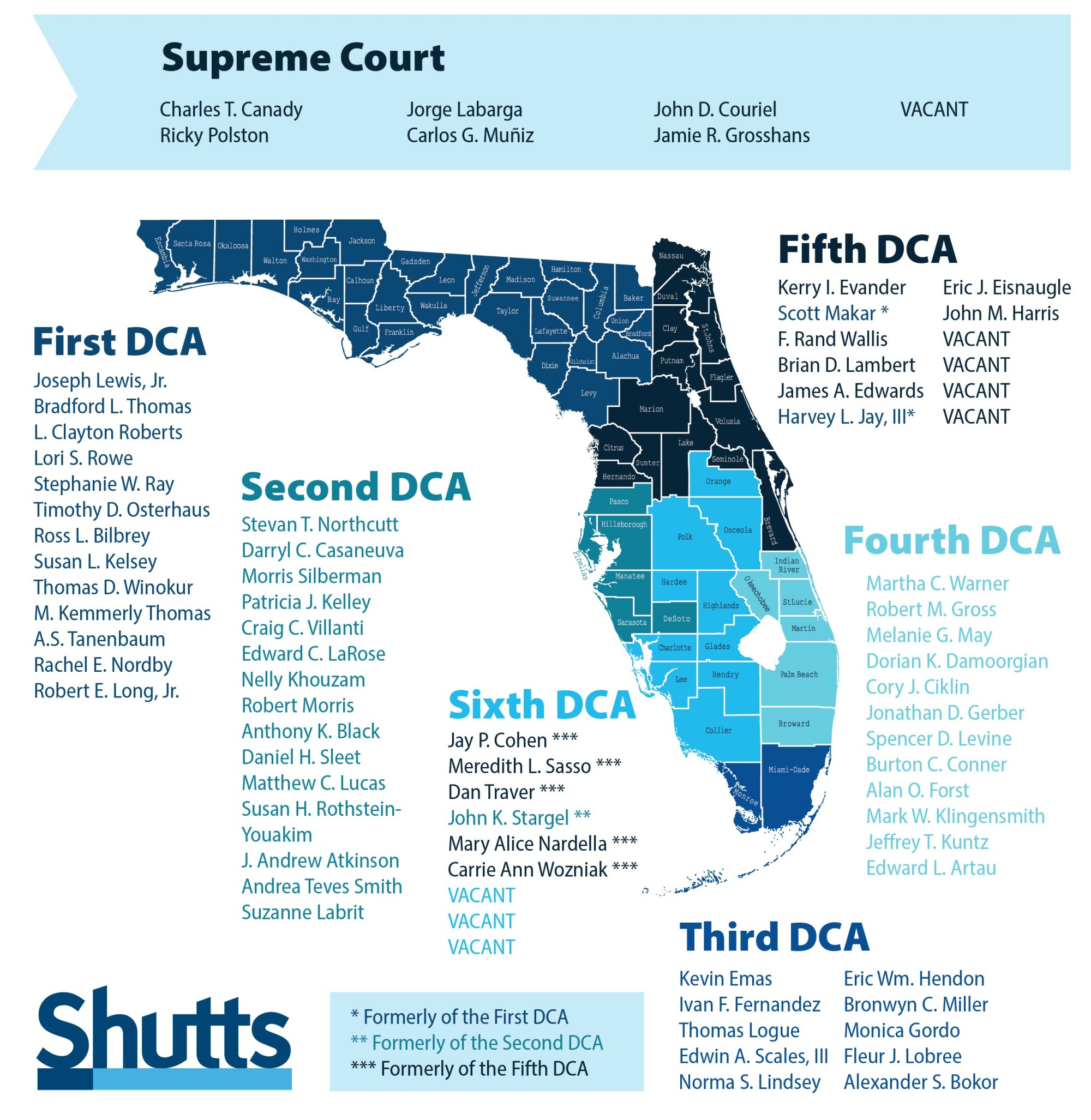 These new assignments are effective January 1, 2023.