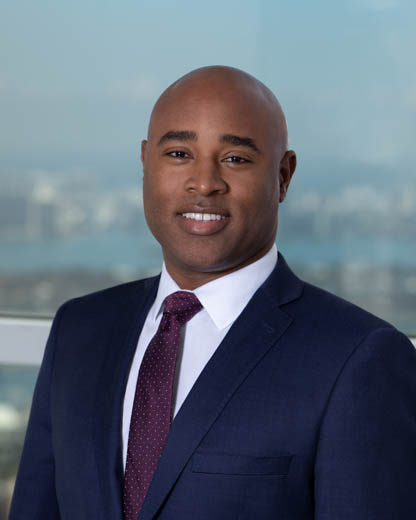 More sticker shock in the form of higher premiums may soon be in store for Florida insureds.[1]

The Florida Supreme Court has before it Citizens Property Insurance Corp. v. Manor House LLC[2] — a case that, yet again, invites the court to adopt the doctrine of reasonable expectations in the context of insurance contracts.[3]

A recent Law360 guest article certainly encourages its adoption. Nevertheless, such a move would allow insureds to sue for consequential damages in excess of the benefits provided in their policies — without the need to file a bad faith action under Florida Statute Section 624.155.

This expansion of coverage would quickly increase premiums, as the doctrine's application would affect risk underwriting for all of Florida's insurance policies, including those issued by Citizens, the state-created insurer of last resort that is statutorily immune from bad faith suits.

However, based on Florida's legal precedent, the legislative intent behind the bad faith statute, and the negative effect such a ruling would have on consumers in the insurance market, the Florida Supreme Court should decline that invitation, as Manor House's consequential damages claim is no more than an end run around the statutory rights and obligations created by the bad faith statute.

In 2004, after Hurricane Frances damaged an apartment complex owned by Manor House, which was insured by a Citizens wind-only policy, a long-running dispute ensued.[4] Eventually, Manor House brought suit seeking an appraisal and payment of its claim.[5]

During the litigation, the Circuit Court for Brevard County repeatedly abated the requested appraisal due to Manor House's failure to submit required claim documentation.[6] When Manor House finally complied, the circuit court sent the claim to appraisal, and the outcome was that Citizens was required to pay an additional $5.5 million.[7]

Subsequently, Manor House sued for, among other claims, fraud and breach of contract.[8] On its fraud claim, the circuit court granted judgment on the pleadings, finding the claim barred by the independent tort doctrine and Citizens' statutory immunity from bad faith claims.[9]

On appeal, however, the Florida Court of Appeal's Fifth District reversed the circuit court's summary judgment, holding that consequential damages for lost rent were potentially available because those damages were "based squarely on breach of contract claims requiring no allegation or proof that Citizens acted in bad faith."[12] In so holding, the Fifth District said:

In granting summary judgment, the trial court denied Manor House the opportunity to prove whether ... Citizens breached its contractual duties to timely adjust and pay covered damages . ... [W]e reverse that partial summary judgment so that the parties may litigate all issues related to Manor House's claim of lost rent.[13]

Accordingly, if Manor House could prove the parties to the policy contemplated that it would lose rental income in the event Citizens failed to timely adjust and pay covered damages, then Manor House could recover its lost rent as consequential damages.[14]

Under the Fifth District's reasoning, the lost rent would naturally flow from Citizens' alleged delay.[15] The court supported this holding by relying on its decision in Travelers Insurance Co. v. Wells, "which also held that in a claim for breach of an insurance contract, '[c]onsequential or resulting collateral damage may ... be recovered if it can be sufficiently proved.'"[16]

Starting with Life Investors Insurance Co. of America v. Johnson,[17] a case decided by the Florida Court of Appeal's Fourth District in 1982, the same year as the bad faith statute's enactment, these cases apply the Hadley v. Baxendale[18] rule — that a breach of contract may give rise to damages which were in contemplation of the parties at the inception of the contract[19] — to a range of insurance contracts and unusual fact patterns dissimilar to Manor House.[20]

Putting aside the propriety of these decision, and without getting into the weeds, these cases underscore one basic point: In Florida, even when a breach completely undermines a policy's purpose, the Hadley doctrine still only produces an extracontractual recovery in accord with a policy's terms.[21]

Therefore, here, because Citizens' alleged breach did not undermine the policy's purpose (i.e., coverage for wind damage), evidenced by, inter alia, Citizens' payments under the policy, extending Travelers to Manor House is inapposite.

More importantly, despite Manor House's extension of Travelers, Florida precedent is to the contrary. In QBE Insurance Corp. v. Chalfonte Condominium Apartment Association in 2019, the Florida Supreme Court reaffirmed a bedrock principle of interpreting Florida insurance contracts — that the express terms of the policy control.[22]

There, the court stated "this Court has specifically declined to adopt the doctrine of reasonable expectations in the context of insurance contracts, concluding that construing insurance policies under this doctrine 'can only lead to uncertainty and unnecessary litigation.'"[23]

Indeed, the Manor House case is a perfect example of the type of litigation the Florida Supreme Court feared would become commonplace, were the doctrine set loose upon Florida's insurance markets.[24]

On its face, Manor House's proposition seems unassuming; after all, as the Chalfonte court noted, Florida law protects contracting parties' reasonable expectations through an implied covenant of good faith and fair dealing.[25]

Nevertheless, digging a little deeper, one finds that such claims are extremely limited. Under Florida law, the parties' reasonable expectations cannot contradict a contract's express terms, nor stand apart from an action for breach of those express terms.[26]

Thus, as a starting point, Florida's general rule restricts a contracting party's reasonable expectations to the terms of the contract — and that is just the tip of the iceberg.

With regard to insurance policies, Florida law limits reasonable expectations even further. As the Florida Supreme Court held in Auto-Owners Insurance Co. v. Anderson, "Florida law provides that insurance contracts are construed in accordance with the plain language of the policies as bargained for by the parties."[27]

Thus, the unambiguous terms of the Citizens wind-only policy reflects the terms of the actual bargain between it and Manor House. Consequently, the party's reasonable expectations, as a means of understanding what an insurance policy covers, are of no moment.

Or, as the Florida Supreme Court said in Deni Associates of Florida Inc. v. State Farm Fire & Casualty Insurance Co. in 1998, "[t]o apply the doctrine to an unambiguous provision would be to rewrite the contract and the basis upon which the premiums are charged."[28] This reasoning, alone, is sufficient to reaffirm Florida's rejection of the reasonable expectations doctrine.

Of even greater import, such consequential damages claims merely attempt to circumvent the requirements of the bad faith statute.

The Florida Supreme Court explained, in Allstate Indemnity Co. v. Ruiz, that the bad faith statute was designed to create a civil remedy where none existed.[29]

Note that the court said "civil remedy," meaning there were no tort or extracontractual remedies available for first party bad faith claims before 1982.[30]

In Macola v. Government Employees Insurance Co., the court reiterated that prior to the bad faith statute's enactment and absent an independent tort, "the only common law action available to the insured was a breach of contract action against the insurer in which damages were limited to those contemplated by the parties in the insurance policy."[31]

This omission is glaring because, under Florida law, Manor House cannot claim consequential damages in the absence of a breach, nor in contravention of the terms expressly covered by the policy.[34]

Furthermore, because an action based on an insurer's failure to timely adjust and pay covered damages is premised on the idea that the alleged failing was unreasonable or unnecessary, it is akin to a statutory bad faith claim.[35] Otherwise, there would be no grounds to complain. For example, in Trief v. American General Life Insurance Co. in 2006, where the U.S. District Court for the Southern District of Florida rejected a claim similar to Manor House's, the court held:

The Policy does not mention how Defendant must adjust, investigate, or to pay claims and Plaintiff fails to allege that an express term of the contract has been breached. Additionally, even if the Court found that Plaintiff properly alleged breach of an express contract provision, the allegations resemble a claim for statutory bad faith.[36]

Thus, allowing an insured to recover in a breach of contract action for damages in excess of the benefit provided in the policy defeats Florida's statutory framework.

In interpreting the bad faith statute, the courts have consistently held that bad faith claims are not actionable unless and until a plaintiff establishes he or she has coverage under the policy. [37]

Permitting insureds to seek consequential damages based on terms not contained in their policies would allow litigants to do an end run around this bifurcation; indeed, litigants could try bad faith claims without establishing coverage beforehand.

Not only would such a result undermine the Legislature's intent for Citizens to be immune to bad faith claims,[38] it would also open the floodgates for a tidal wave of extracontractual claims on all non-Citizens policies. On these two fronts, Manor House would contravene legislative intent.

Moreover, there is another important consideration to keep in mind.

However, Manor House's acceptance of the doctrine of reasonable expectations would subject Citizens, as well as all other insurers, to consequential damages lawsuits, thereby defeating the Florida legislature's goal by forcing insurers to account for expensive and fickle litigation.

Worse yet, if Manor House is the model, litigants could delay compliance with their policy, like Manor House's years of noncompliance with the wind-only policy's claims processing requirements, in order to rachet-up their damage award. The brunt of this uncertainty and expense would surely be passed along to Florida's taxpayers and private insurance companies.

The preceding demonstrates Florida law has rightly rejected the reasonable expectations doctrine and should continue to do so, particularly in the insurance context. Although Manor House's proponents suggest consequential damages naturally flow from an insurance policy's breach under the Hadley doctrine, that analysis skews Florida insurance law.

Accordingly, the Florida Supreme Court should decline the invitation to fundamentally change Florida contract law. It is a thread that, if pulled, would unravel decades of precedent, override legislative intent and cost the Floridian consumer dearly.

Damien Reynolds is an associate at Shutts & Bowen LLP.

[21] See 422 So. 2d at 33 (holding repossession of the plaintiff's car entitled her to consequential damages amounting to the greater of the disability payments or the value of the car, plus loss of use and interest, on a credit disability insurance policy); Travelers, 633 So.2d at 458 (holding closure of the plaintiff's mill entitled it to consequential damages amounting to lost net profits, on a worker's compensation policy).

[34] See Chalfonte, 94 So. 3d at 548 ("This covenant is intended to protect 'the reasonable expectations of the contracting parties in light of their express agreement.' . . . However, there are two limitations on such claims: (1) where application of the covenant would contravene the express terms of the agreement; and (2) where there is no accompanying action for breach of an express term of the agreement." (quoting Barnes v. Burger King Corp. , 932 F.Supp. 1420, 1438 (S.D.Fla.1996.