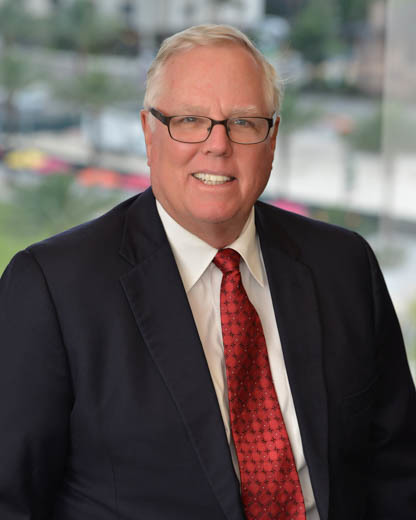 Andy Brumby is Of Counsel in the Orlando office of Shutts & Bowen LLP, where he is a member of the Creditors’ Rights and Bankruptcy Practice Group.

Andy uses more than 30 years of experience to counsel businesses on ways to repair financial relationships with companies in distress, including recovering debt or restructuring deals to protect his clients’ interests.

Andy currently serves on the Florida Bar’s Bankruptcy/UCC Committee and the American Bankruptcy Institute. He was the first president of the Central Florida Bankruptcy Law Association, and continued to serve on its Board of Directors from its inception through 1996.  He is also the former Chairman of the Ninth Judicial Circuit Grievance Committee of The Florida Bar.

In addition, Andy holds the highest rating by Martindale-Hubbell, is listed in Best Lawyers of America® and Florida Super Lawyers. He was also named by Best Lawyers® as a "Lawyer of the Year" in Bankruptcy Litigation in Orlando for 2016. Andy is a frequent speaker on creditors’ rights and insolvency issues.