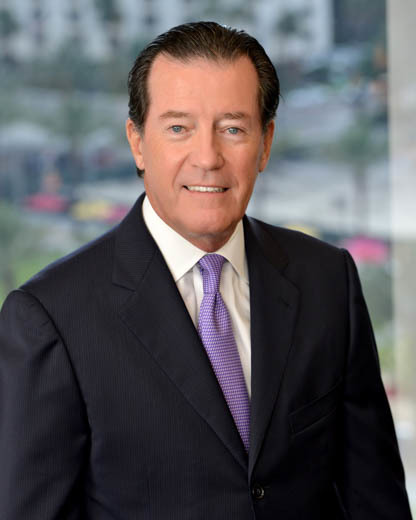 Kenneth W. Wright is a partner in the Orlando office of Shutts & Bowen LLP, where he is a member of the Government Relations Practice Group.

Having worked in government law, land use, public finance and transportation, Kenneth has a strong background in issues ranging from public sector litigation to land acquisition. He currently focuses on government relations, land use/environmental law, and administrative and regulatory law. He often represents clients before government entities at the local and state levels, including commissions and regulatory agencies. This involves work on a wide variety of issues, such as zoning, environmental and other public policy concerns.

Kenneth has been called to lead groups that shape statewide environmental policy and regional development. While previously serving as Vice-Chair of the Florida Transportation Commission, he served as a member of the statewide Steering Committee for the Florida Transportation Plan. Kenneth also formerly served as Chair of the Florida Fish and Wildlife Conservation Commission and as a Trustee on the Board of Directors for Hubbs-Sea World Research Institute. He is past Chair of the seven-member Florida Environmental Regulation Commission and was on the East Central Florida Regional Planning Council. He chaired the board of the Orlando/Sanford International Airport while serving on its board for eight years, where he now acts as its general counsel. He was the general counsel to the Orlando-Orange County Expressway Authority and is presently right-of-way counsel to the Central Florida Expressway Authority.

In addition to his distinguished record of serving on statewide boards and commissions, Kenneth is also active in local and state politics. During the 2000 presidential election challenge, he successfully represented the Republican Party of Florida and the George W. Bush/Dick Cheney campaign. He is the former Florida State Campaign Director of President George H. W. Bush’s 1988 election campaign and two-time Central Florida Co-Chairman of Jeb Bush’s gubernatorial campaigns. He also served on the Governor’s Transition team, assigned to the Florida Fish and Wildlife Conservation Commission in 2007.