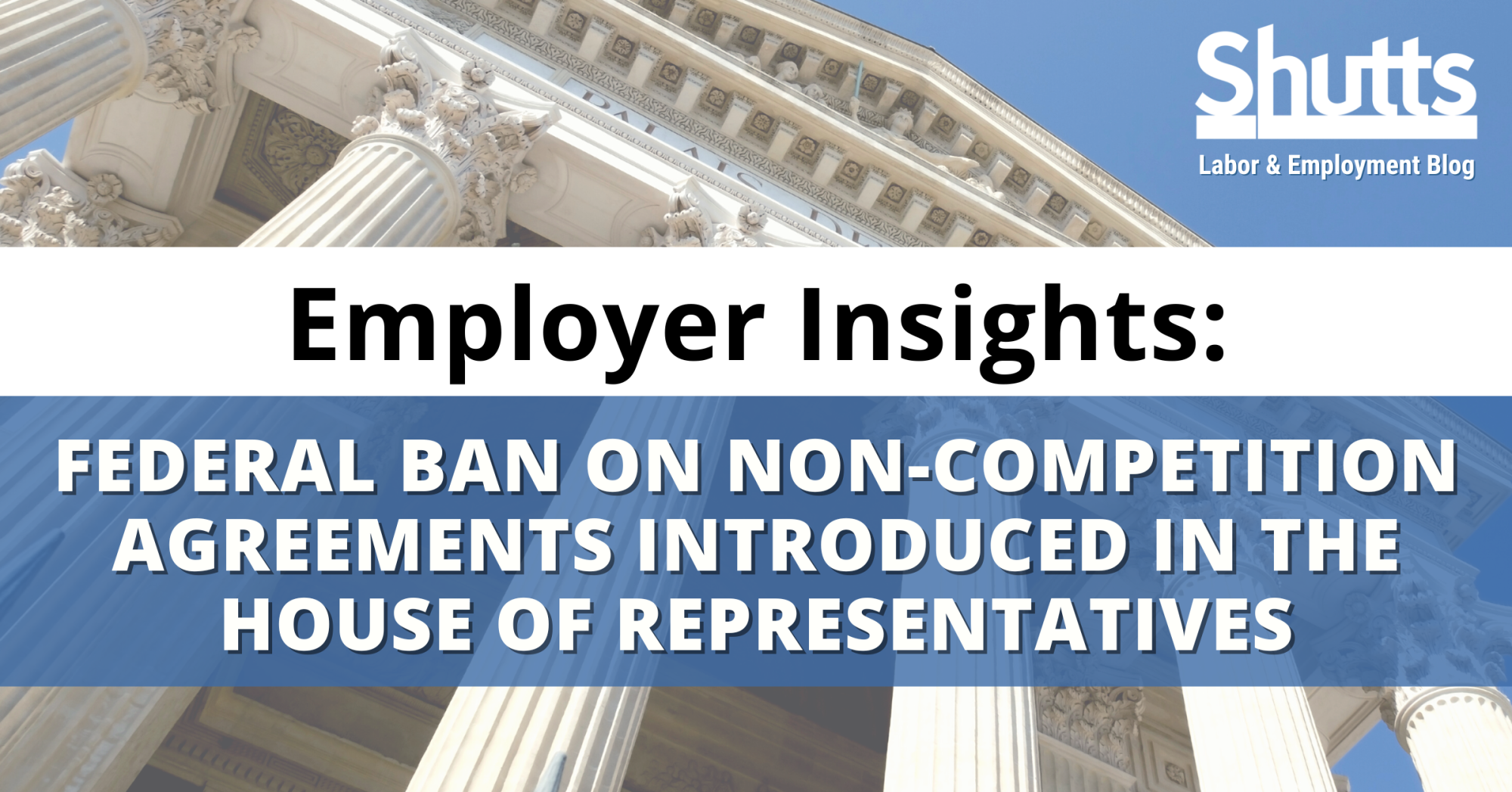 On September 1, 2022, Representative Mike Garcia introduced H.R. 8755, titled The Restoring Workers’ Rights Act (“RWRA”) to the House of Representatives, and if it passes and is ultimately signed into law, it will ban non-compete agreements nationwide for employees who are considered non-exempt under the Fair Labor Standards Act (“FLSA”).  It does not address non-compete agreements for exempt employees.

The RWRA seeks to amend the FLSA to prohibit non-compete agreements that “restrict such employee[s] from performing, after the employment relationship between the employer and the employee terminates, any of the following: (1) Any work for another employer for a specified period of time[;] (2) Any work in a specified geographical area[;] [or] (3) Any work for another employer that is similar to such employee’s work for the employer that is a party to such agreement.”[1] This broad definition could potentially affect the enforceability of confidentiality, non-disclosure, and non-solicitation agreements as well if they contain restrictions on the employee following the employee’s separation from employment.

The press release issued by Representative Mike Garcia upon introduction of the RWRA contends the RWRA (if passed) “will foster economic competition and level the playing field for workers, resulting in better opportunities and higher wages by banning non-compete agreements for lower to middle income workers.”[2]

Non-competition agreements are currently valid in Florida for both exempt and non-exempt employees if they comply with section 542.335, Florida Statutes; however, if the RWRA becomes law, it will operate retroactively.

Employers should carefully consult with their employment law counsel and consider reviewing their non-compete, confidentiality, non-disclosure, and non-solicitation agreements in light of this potential new legislation.