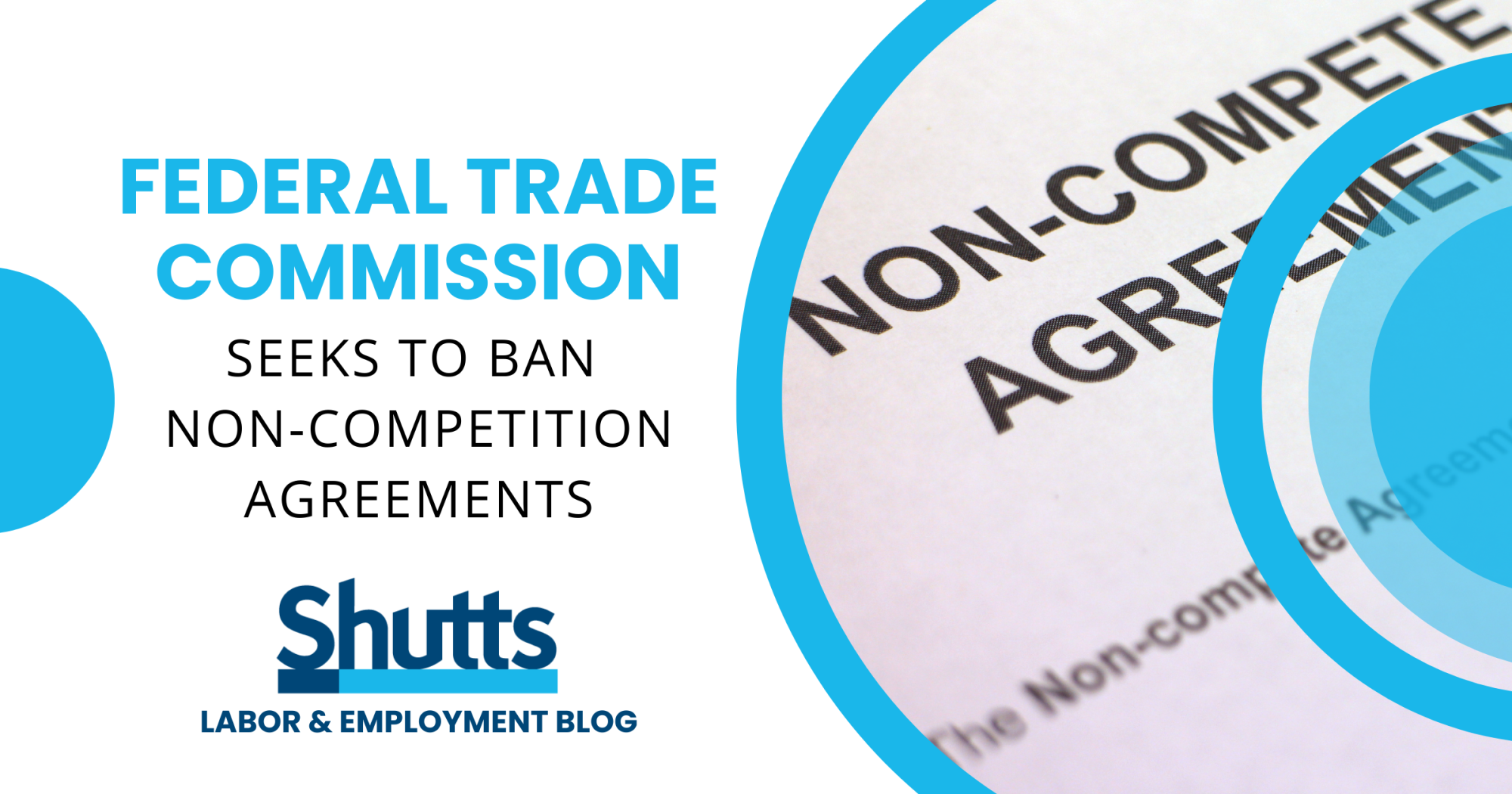 Only three months after the introduction of a bill to the House of Representatives that, if passed, will ban non-compete agreements nationwide for non-exempt employees, on January 5, 2023, the Federal Trade Commission (“FTC”) issued its own plan to ban non-compete clauses.  The FTC explained that, in its opinion, non-compete clauses undermine an 109-year-old law prohibiting unfair methods of competition.

Although in the past, non-compete agreements have been mostly associated with higher-paid managerial positions, more recently those agreements have also been applied to lower-wage workers who potentially did not have access to trade secrets to justify the legitimate business need for such agreements. The FTC estimates that the new proposed rule could increase wages by nearly $300 billion per year and expand career opportunities for about 30 million Americans.  The FTC will seek public comment on the proposed rule once it is published in the Federal Register, a rulemaking process which often takes many months.

These latest legislative moves from the House of Representatives and the FTC indicate a growing trend towards seeking to ban non-compete agreements. However, efforts by federal legislators and agencies to ban non-compete agreement are likely to face significant legal challenges, as such legislation would infringe on the right to contract, override the laws of as many as 47 states, along with raising questions concerning the rulemaking powers of the FTC. Florida courts have traditionally favored enforcement of non-compete clauses under section 542.335, Florida Statutes, in contrast to the approach taken by courts in some other states. Should a federal ban pass, many Florida businesses will need to reassess their hiring practices and procedures. Employers should carefully consult with counsel and consider reviewing their non-compete, confidentiality, non-disclosure, and non-solicitation agreements in light of this trend of potential new federal legislation.