Benjamin Gibson Reappointed to State Board of Education by Governor DeSantis 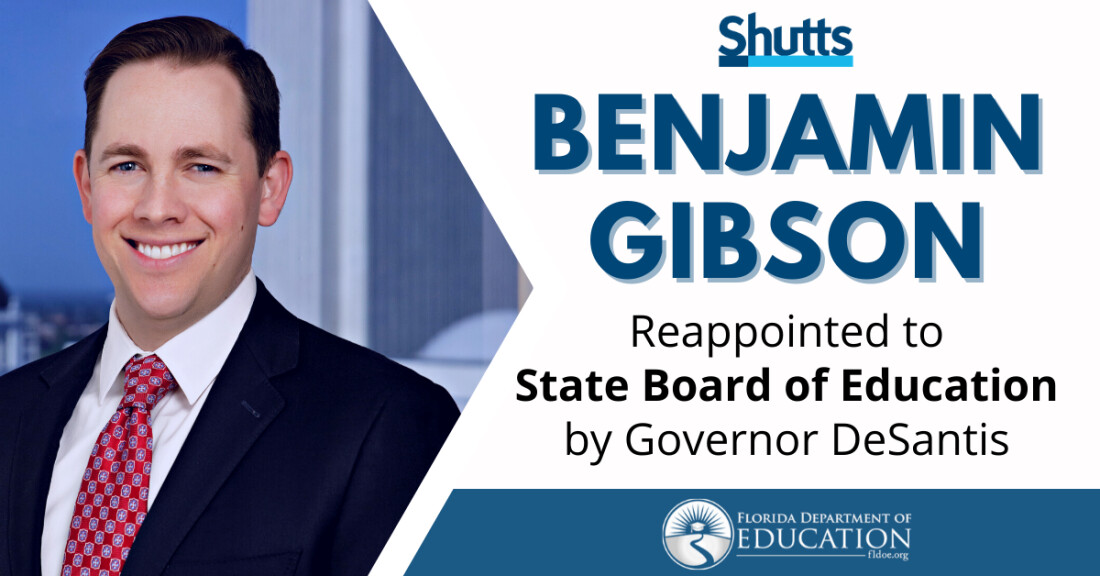 Shutts & Bowen LLP is pleased to announce that Governor Ron DeSantis recently reappointed Tallahassee partner Benjamin Gibson to the State Board of Education.

“I am honored to serve Florida’s students, parents and teachers, and I thank the Governor for this reappointment to the State Board of Education,” said Ben. “With support from leadership, we will continue our mission to make Florida the best in the nation for education.”

Ben is Vice-Chair of the firm’s Appellate Practice Group and represents clients facing high-stakes legal issues at the intersection of business, politics, and government. His statewide practice focuses on representing corporate, political, and government clients in appellate, litigation, and administrative matters as well as government affairs. Most recently, he was recognized in the INFLUENCE 100, Influence Magazine’s list of the 100 most influential people in Florida politics. Ben also serves as Chair of Florida’s First District Court of Appeal Judicial Nominating Commission.