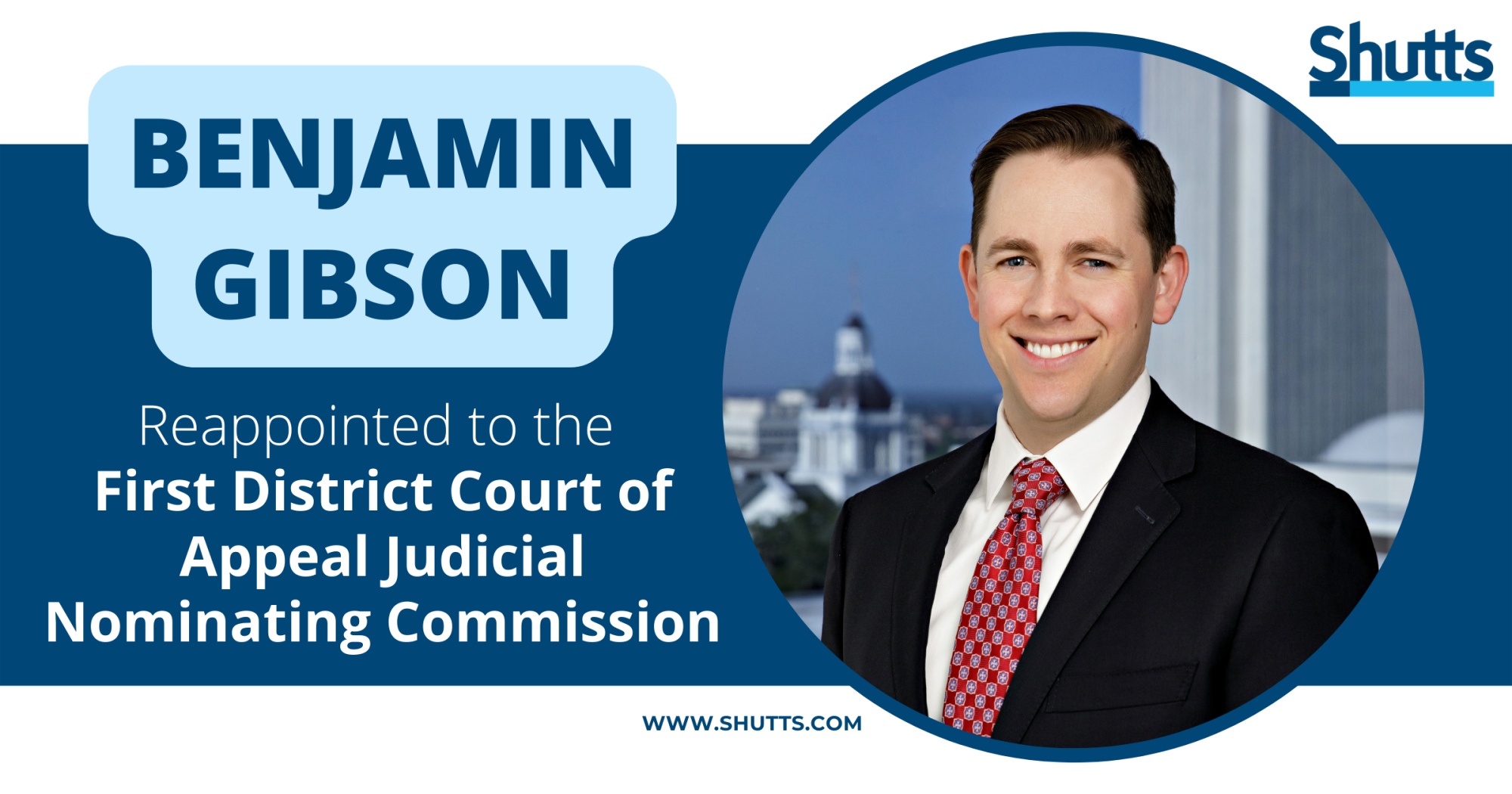 His reappointment was announced by Governor DeSantis on September 2, 2022. Ben, who has served on the JNC since 2018 and is a past Chairman of the Commission was reappointed for a term ending July 1, 2026.

“I am grateful to Governor DeSantis for this appointment. I will continue to make sure we send names of individuals to the Governor who will faithfully uphold our constitutions and apply the law as written,” said Ben.

Ben Gibson is a partner in the Tallahassee office of Shutts & Bowen LLP, where he is a member of the Governmental Law practice group. Ben represents clients facing high-stakes legal issues at the intersection of business, politics, and government. His statewide practice focuses on representing corporate, political, and government clients in appellate, litigation, and administrative matters as well as government affairs. Ben regularly counsels political candidates, party committees, corporate, and nonprofit entities on navigating and complying with the complex federal, state, and local laws that govern their political activity. He represents clients in administrative and enforcement matters before the Federal Election Commission, Florida Elections Commission, and the Florida Commission on Ethics. As chief counsel to the Republican Party of Florida during the 2018 and 2020 election cycles, Ben led all of the party’s legal efforts, including in 2018 through three historic statewide recounts. He has represented the Republican National Committee, the National Republican Senatorial Committee, and the National Republican Congressional Committee all in various high-profile election litigation over the past three election cycles. In addition, Ben has served as counsel to presidential and statewide campaigns and numerous political committees. Ben routinely represents state agencies and private entities in high-profile litigation in state and federal courts involving statutory and constitutional issues. Ben advises public officials, government agencies, and corporate entities on compliance with Florida’s complex Ethics Code and gift laws, financial disclosure, public records, sunshine law, and Florida Attorney General investigations.