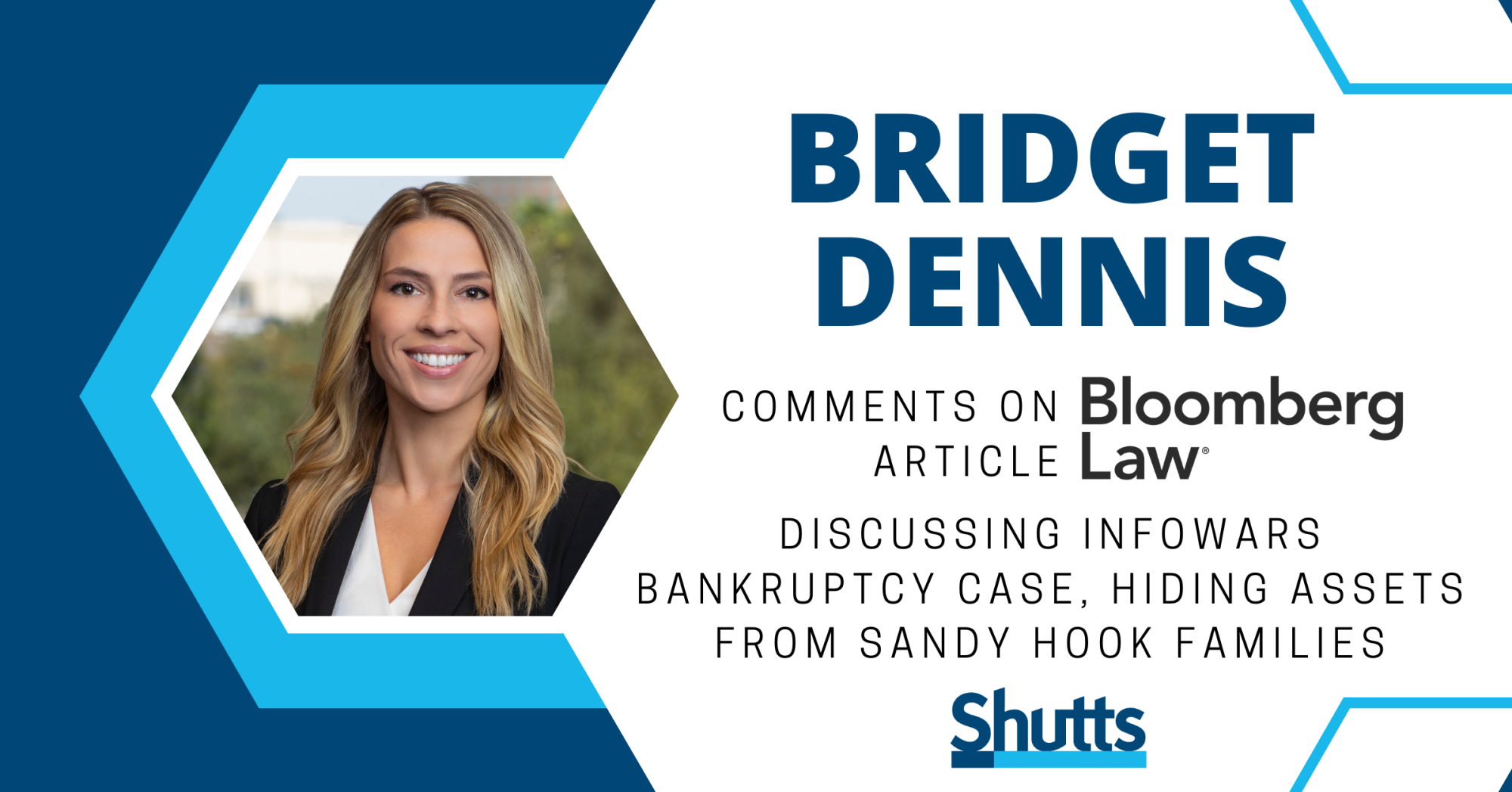 Bridget Dennis, an attorney in Shutts & Bowen LLP’s Tampa office, recently commented on the appointment of a trustee over Chapter 11 bankruptcy proceedings in relation to the Infowars conspiracy broadcaster Alex Jones, who is being accused by Sandy Hook victims’ families of funneling millions out of his empire while claiming bankruptcy.

According to the article, Free Speech Systems LLC, the company operating Infowars, filed for bankruptcy in July after some victims’ families won judgments in their defamation lawsuits against the company and Jones for his lies that the 2012 school shooting was a hoax. According to a filing last week, Jones himself took between $18 million and $62 million from Free Speech, even though the company was allegedly insolvent. Sandy Hook families have asked the court to appoint a trustee and remove Jones and his company from controlling its operations and Chapter 11 proceedings.

To read the Bloomberg Law article in full, click here.

Bridget Dennis is an attorney in the Tampa office of Shutts & Bowen LLP, where she is a member of the Creditors’ Rights/Bankruptcy practice group. Bridget’s practice focuses on the areas of debtor-creditor matters and bankruptcy litigation. Prior to joining Shutts, Bridget was a law extern for the Honorable Judge Caryl E. Delano of the United States Bankruptcy Court, Middle District Court of Florida.  She also served as a law intern with the United States Attorney’s Office for the Middle District of Florida, Appellate Division.