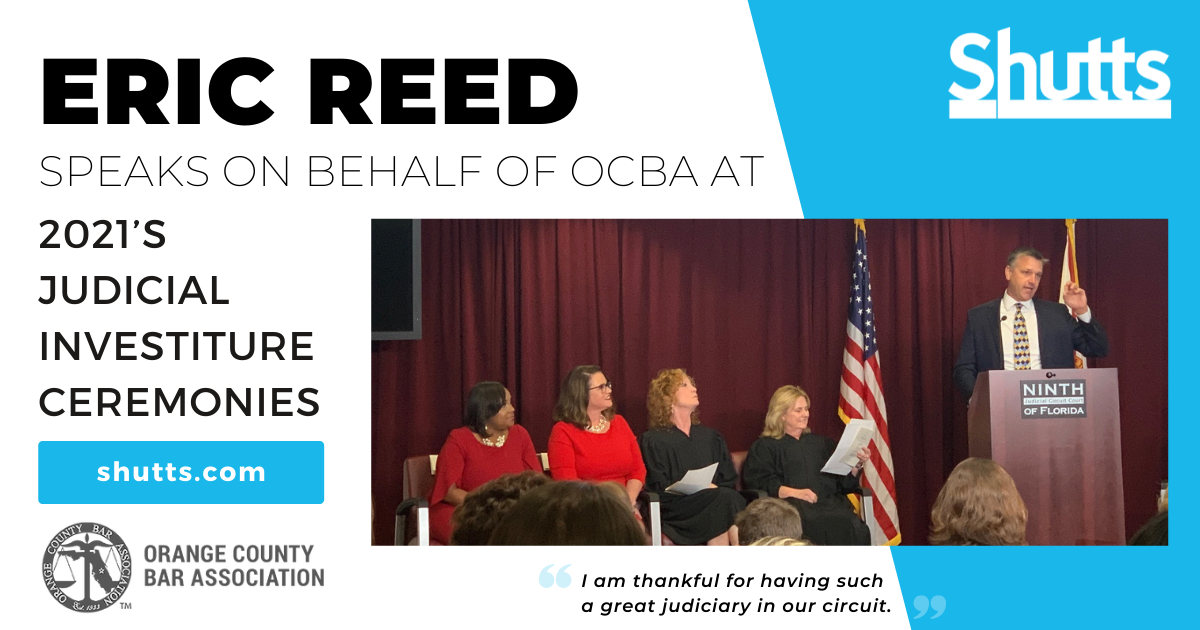 In the Orange County Bar Association’s November President’s Message, Eric expressed his gratitude for the ability to safely resume the investiture ceremonies that honor our newest judges as they don their robe and take the bench, which had been previously halted due to the pandemic.

“Although they have been on the job for a few months to over a year, we finally get to celebrate each of them in full swing,” said Eric. “I am thankful for having such a great judiciary in our circuit.”