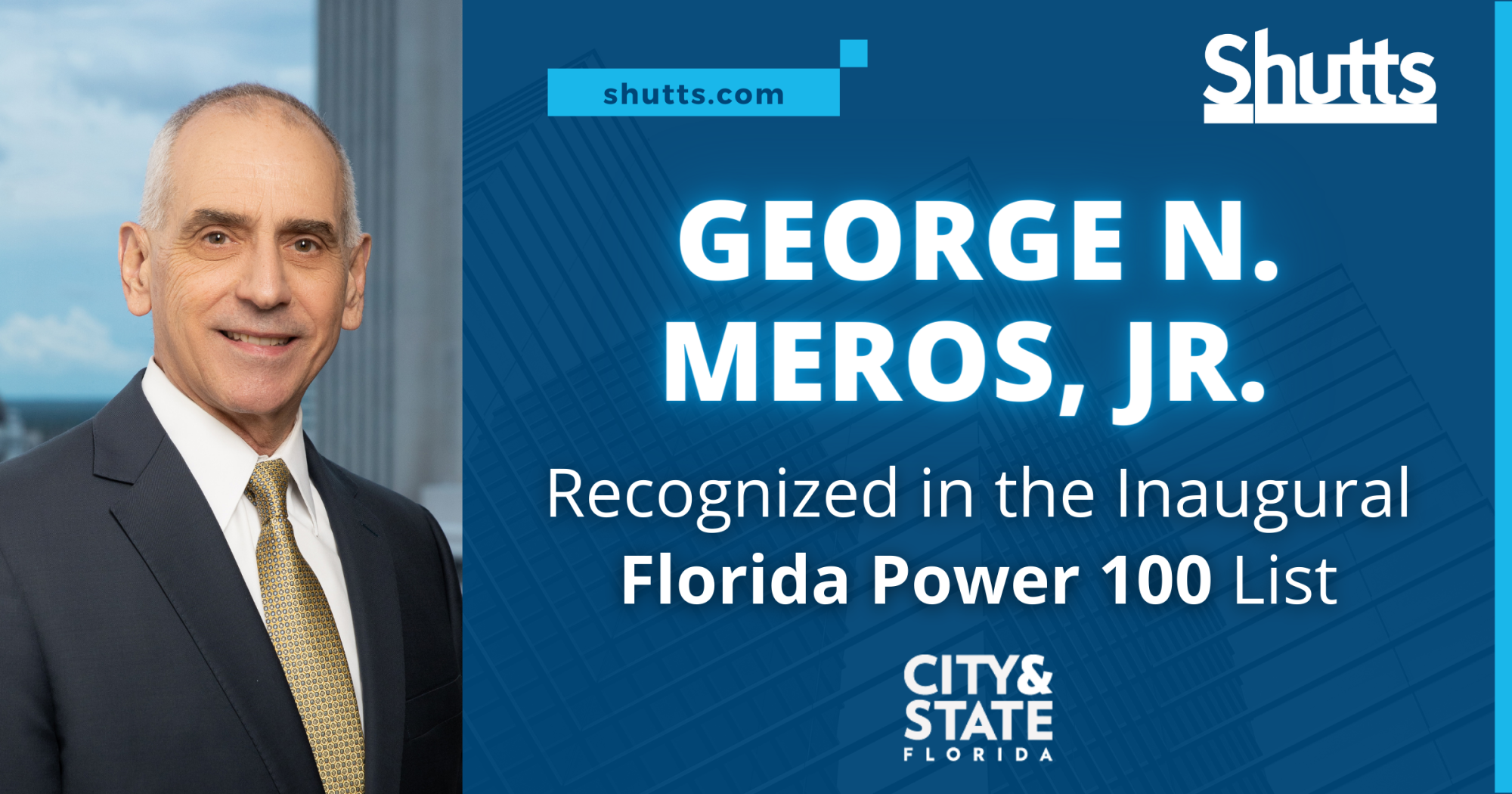 George N. Meros, Jr. , a partner in Shutts & Bowen LLP’s Tallahassee office, has been ranked in the inaugural Florida Power 100 list, recognized among the most influential political players in the State. He is described as the “go-to attorney for any legal matter that intersects with government and politics.”

George is known for representing prominent Florida elected officials, including Florida Governors, Senate Presidents, and Speakers of the House in redistricting and related constitutional and regulatory issues. Throughout a career spanning more than thirty years, George has argued numerous cases before the Florida and federal courts, and he lobbies on behalf of business and health care interests.

This ranking, which is the first in a series of City & State Florida power lists to be published on a monthly basis, is based on extensive reporting and research. For more information on the rankings, click here.

George N. Meros, Jr. is a partner in the Tallahassee office of Shutts & Bowen LLP, where he is a member of the Governmental Law Practice Group. A Martindale-Hubbell AV® Preeminent™ attorney with more than 30 years of experience, George focuses his practice on complex, constitutional and commercial litigation, regulatory compliance and governmental affairs. He has counseled a broad range of public and private clients on matters related to administrative law and politics, including Fortune 500 companies, state and national healthcare companies, national business associations and government agencies. He has argued numerous complex legal claims at trial and on appeal, including before the Florida Supreme Court, all five Florida District Courts of Appeal and the U.S. Court of Appeals for the Eleventh Circuit.