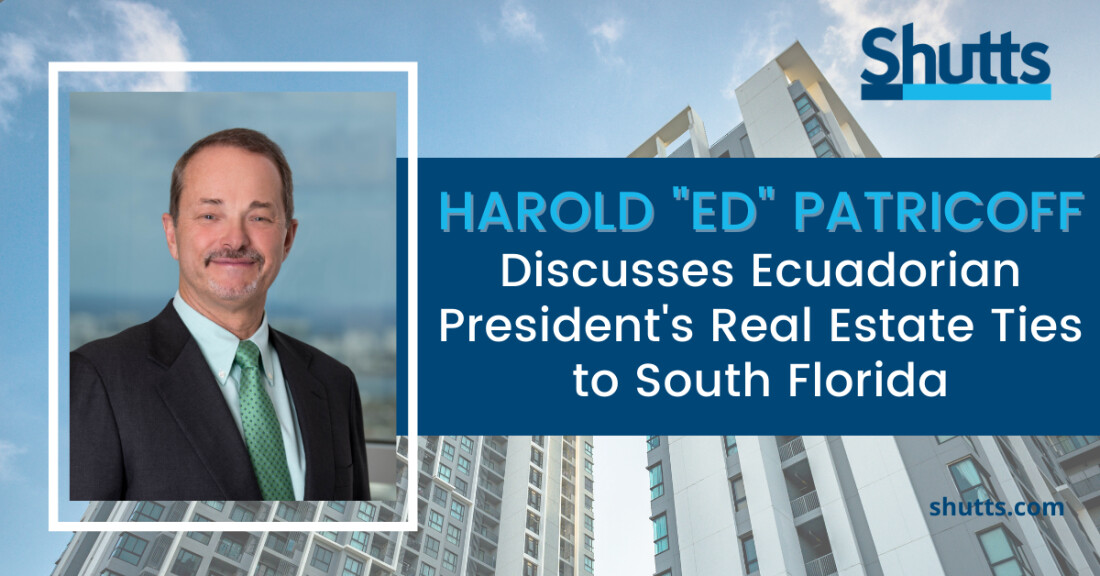 Lasso is tied to roughly 130 properties across Miami-Dade and Broward counties since 2009, valued at $33 million The purchases were mostly condominium units and townhouses acquired through limited liability companies.

Ed said he believes that while the volume of real estate linked to Lasso may provide bad optics, but is not significant and the switch to Delaware-managed LLCs does not point to anything nefarious. “I think it sends the wrong message,” Ed states. “One would think the president and other high-ranking public officials would want to invest their capital in their own country if they really believed in the economy and strength of their own economy.”

Harold Edward “Ed” Patricoff, Jr. is a partner in Shutts & Bowen’s Miami office, where he heads the firm’s International Dispute Resolution Practice Group. Named one of South Florida’s “Most Effective Lawyers” by the Daily Business Review in the Business/Complex Litigation category, Patricoff is recognized as one of the preeminent international commercial litigators in his industry. Patricoff is a Martindale-Hubbell AV® rated veteran litigator who represents clients in disputes across multinational borders. Patricoff is widely known for his experience in domestic and international fuel sales, supply and distribution and the power generation industry. He serves as outside counsel for an international power generation supplier and a global distributor of aviation, marine and diesel fuel.