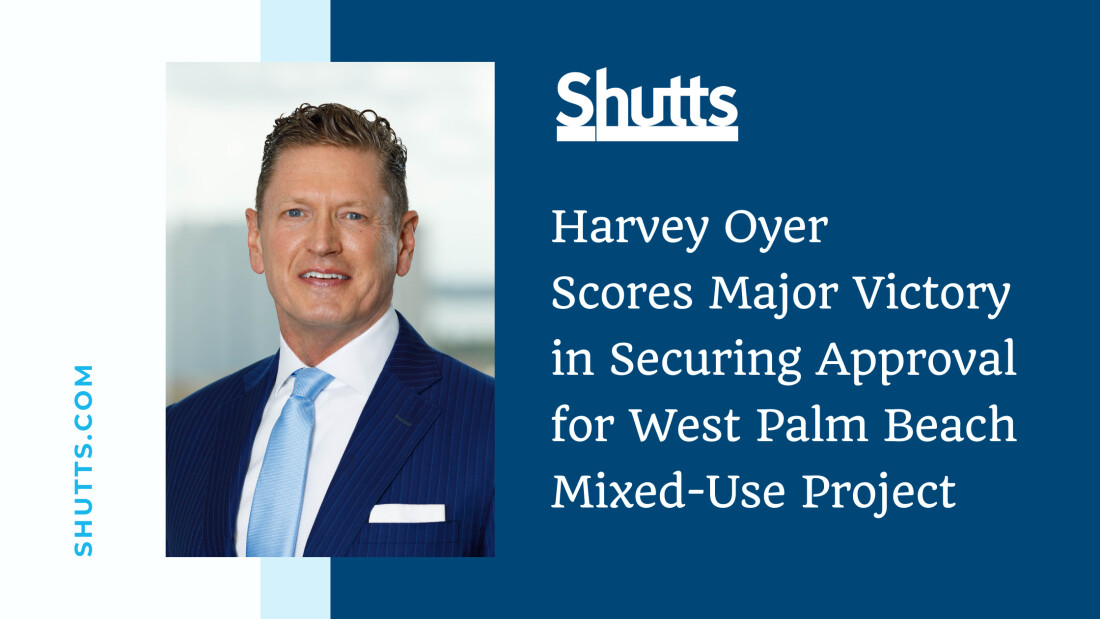 On Monday February 22, the West Palm Beach City Commission approved a 309-unit mixed-income, mixed-use project targeting West Palm Beach’s workforce – The Grand. The project is part of an effort to address a shortage of quality housing that downtown workers and other moderate- to low-income residents can afford, reported The Palm Beach Post. The project is also the first significant private investment in the historically-designated Northwest neighborhood in over 50 years.

The project required multiple approvals over many months as the project site is located in three different zoning districts, including a portion of the property being located in a historic district.  West Palm Beach partner Harvey Oyer III successfully led the project through a comprehensive land use plan amendment, re-zoning, Historic Preservation Board approval, alley abandonment, site plan approval, transfer of 160,000 SF of development rights from another property in the City, a $1 million loan from the City, and a $10 million grant from the CRA.

The Grand “will radically transform the Northwest neighborhood,” one of few West Palm neighborhoods for which developers have shown little enthusiasm in recent years, said Harvey, who is the attorney for the developer.

Harvey stated that the project is already having its intended effect of spurring interest from private developers. The hope is that interest continues to rise in the Historic Northwest district while respecting the historic nature and culture of the community.

Harvey E. Oyer III is a partner in the West Palm Beach office of Shutts & Bowen LLP, where he is a member of the Real Estate Practice Group. As a fifth generation native of Palm Beach County, Harvey brings a unique perspective to his understanding of the issues facing the region, its real estate market and development. He is one of the region’s leading land use & zoning lawyers, having led the approval of many of the county’s largest and most iconic projects. Harvey represents commercial and residential developers, cultural institutions, large farming interests and rural land owners, and governmental agencies in real estate transactions, finance, land use, zoning, agricultural law, and government affairs.