Harvey Oyer to be Featured Speaker for Friends of Loxahatchee 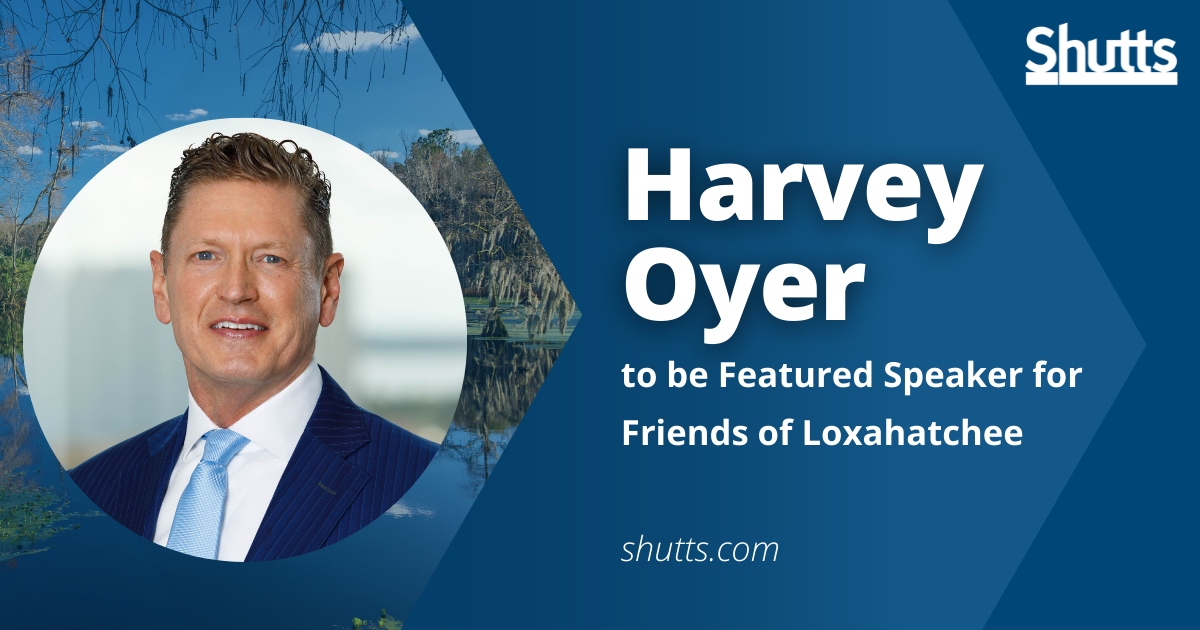 On Thursday, May 12, West Palm Beach partner Harvey E. Oyer III will be the featured speaker for the Arthur R. Marshall Loxahatchee National Wildlife Refuge Speaker Series. His lecture is titled “South Florida’s History Through the Eyes of the Earliest Pioneer Family."

Harvey, an accomplished historian and writer, is a fifth generation Floridian from one of the pioneering families of South Florida. Many of his stories provide a view of the early environmental history of the state. One of Harvey’s books, the best-selling and award-winning “The Last Egret,” chronicles the tragic plume-hunting episode in American history, which largely took place in the Florida Everglades during the late 19th Century.

To learn more about the event and register, please click here.

Harvey E. Oyer III is a partner in the West Palm Beach office of Shutts & Bowen LLP, where he is a member of the Real Estate Practice Group. Harvey is an accomplished historian, lecturer, and writer on law, history, and archaeology topics. He is the author of five award-winning and best-selling children’s books that are widely used in Florida schools. In 2013, he was named Florida’s Distinguished Author. Harvey is a former Marine Corps Captain and part-time adventurer, who cross-country-skied to the North Pole in April 2018.