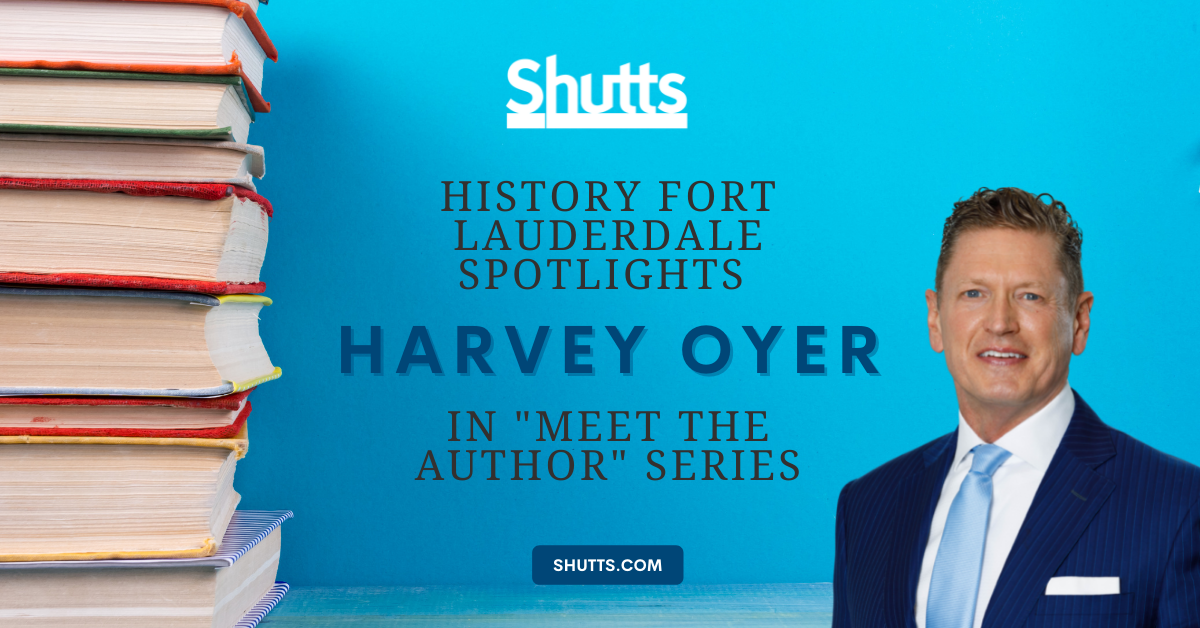 Harvey, a fifth generation Floridian descended from one of the earliest pioneer families in South Florida, is also an award-winning children’s author, adventurer and historian. The great-great grandson of Captain Hannibal Dillingham Pierce and his wife Margretta Moore Pierce, who in 1872 became one of the first non-Native American families to settle in Southeast Florida, Harvey is the great-grandnephew of Charlie Pierce, the subject of his best-selling children’s book series, The Adventures of Charlie Pierce, which has won numerous awards.

History Fort Lauderdale is a proud steward of our community’s past by making our heritage accesssbile and engaging to residents and visitors. Their free “Meet the Author” series takes place on the second Thursday of each month. Viewers may register to attend at https://bit.ly/HFLMeetTheAuthorOyer.

Harvey E. Oyer III is a partner in the West Palm Beach office of Shutts & Bowen LLP, where he is a member of the Real Estate Practice Group. As a fifth generation native of Palm Beach County, Harvey brings a unique perspective to his understanding of the issues facing the region, its real estate market and development. Harvey is an accomplished historian, lecturer, and writer on law, history, and archaeology topics as well as international laws on antiquities trafficking and cultural property protection. He served as an adjunct professor at the University of Miami School of Law and the Florida Atlantic University Honors College. He is the author of five award-winning and best-selling children’s books that are widely used in Florida schools. In 2013, he was named Florida’s Distinguished Author. Harvey is a former Marine Corps Captain and part-time adventurer, who cross-country-skied to the North Pole in April 2018.