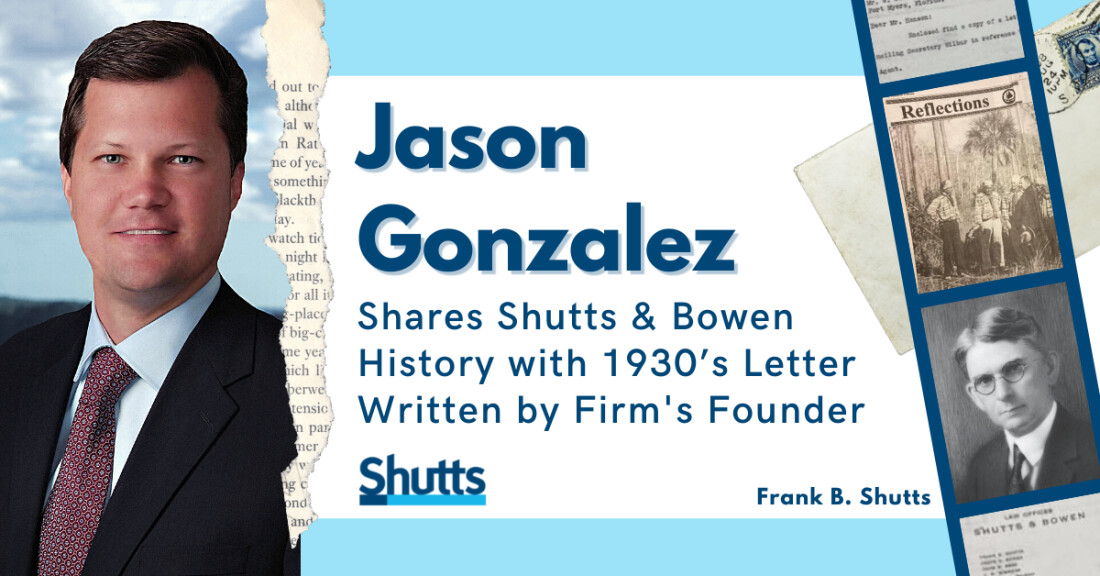 Jason Gonzalez, Managing Partner of Shutts & Bowen LLP’s Tallahassee office and Chairman of the Appellate Practice Group, recently discovered a letter dated April 28, 1930, from the firm’s founder, Frank Shutts, to a relative of his by marriage, Stanley Hanson.

Frank Shutts, who strongly believed in the future of Miami, founded Shutts & Bowen, as well as the Miami Herald, in 1910 after being engaged as railroad magnate Henry Flagler’s attorney. Stanley Hanson, who served as a Fort Myers tax collector and commissioner in Lee County, built on his family’s close connections to the Seminole and Miccosukee Indians, becoming a trusted advisor and advocate for the tribes. With Frank Shutts’ recommendation, Stanley Hanson was appointed to serve as U.S. Indian Agent, essentially making him the U.S. Ambassador to the Seminole and Miccosukee Tribes during the Administrations of President Herbert Hoover and President Franklin D. Roosevelt.

Hanson avidly documented, photographed and collected artwork from the tribes during his lifetime. In one of the photos below, Stanley Hanson is shown at the Seminole Tribal Council meeting with Florida Governor David Sholtz on the Tamiami Trail in 1936. The Governor asked the Tribe what they wanted from the State of Florida. Hanson, who was fluent in the Tribe’s native language, Maskókî, delivered their response, "Just let us alone."

Today, the Miccosukee Tribe of Indians and the Seminole Tribe of Florida (which governs the different reservations in Florida belonging to the Seminole Nation) are the only two federally recognized Indian tribes in Florida, although several other tribes, bands and communities also remain. Shutts & Bowen is now Florida’s oldest statewide law firm with approximately 300 lawyers throughout Florida.

To see more about the history of Shutts & Bowen, click here. 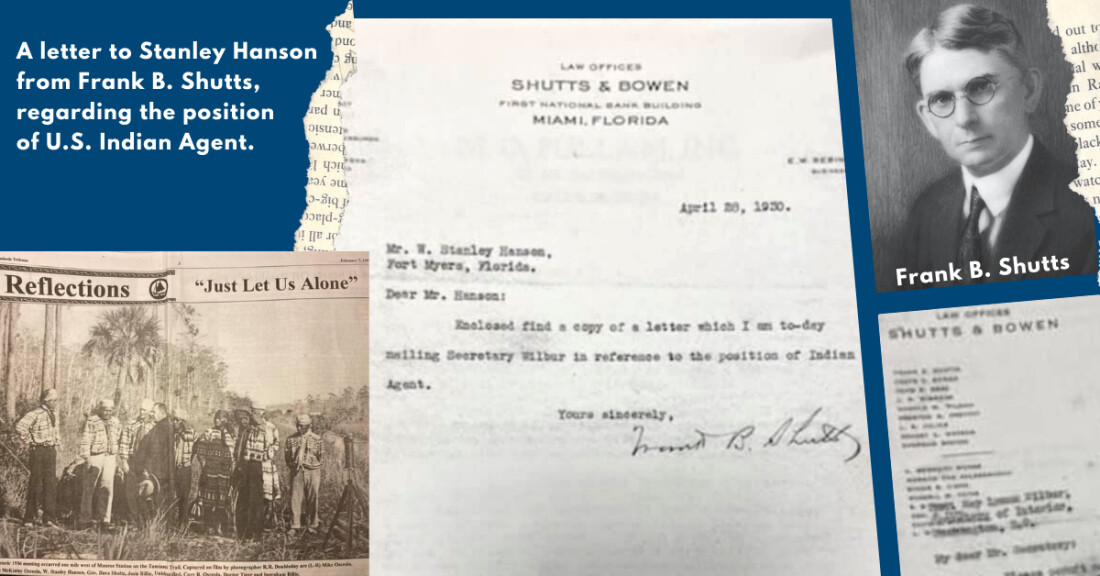 Jason Gonzalez is the Managing Partner of the Tallahassee office of Shutts & Bowen LLP and is Chairman of the Firm's Appellate Practice Group. Jason is an experienced appellate and litigation attorney and regularly consults on executive branch government affairs. He represents businesses and state agencies in state and federal courts in contracts, government procurements, insurance disputes, class actions, tort defense, banking, finance, professional licenses and elections matters. Over the course of his career, Jason has been at the forefront of emerging legal developments, helping to shape Florida’s justice system. In 2019, Florida Politics reported that Jason was representing parties in more pending civil cases at the Florida Supreme Court than any other attorney in the State.