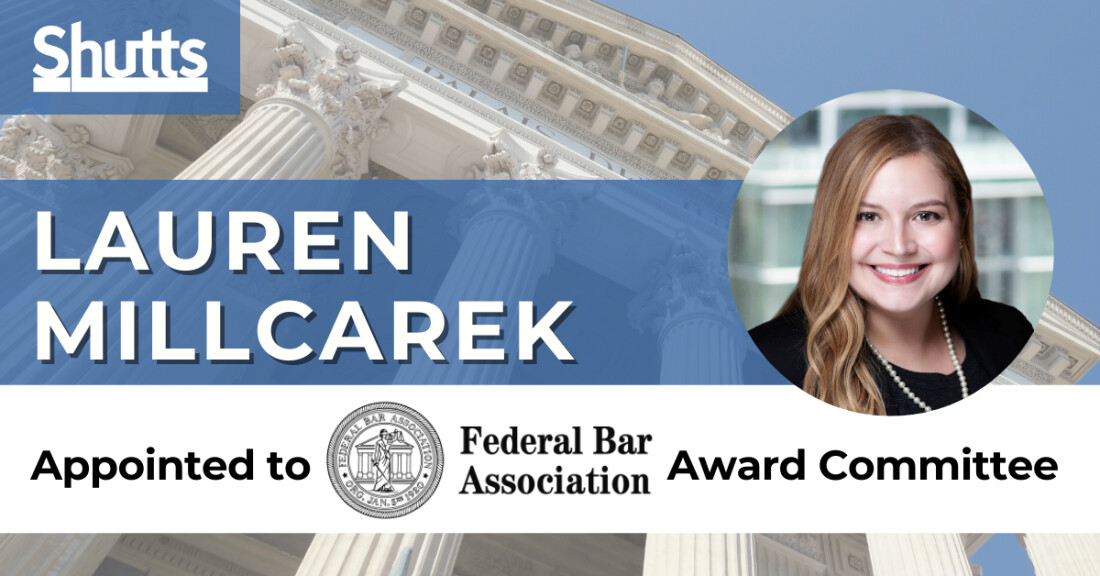 Lauren, who also serves the Federal Bar Association (FBA) as Vice President of the 11th Circuit, will work with her fellow committee award members to select an individual with exceptional service and outstanding achievement for recognition during the FBA Annual Meeting and Convention. According to the Federal Bar Association, the Earl W. Kintner Award for Distinguished Service is presented as a lifetime contribution award to an FBA member who has displayed long-term outstanding achievement, distinguished leadership, and participation in the activities of the association’s chapters, sections, and divisions throughout the nation over a career of service. The prestigious award honors the late National President Earl W. Kintner, whose two terms (1956-57 and 1958-59) and continued service to the association and its affiliated organizations (president of the Foundation of the FBA and the Federal Bar Building Corporation) serve as the highest standard of dedicated service.

In addition to serving as Vice President of the FBA’s 11th Circuit and as a member of the Earl W. Kintner Award Committee, Lauren also serves as the Immediate Past President of the FBA Orlando Chapter and as Chair of the Grievance Committee of the Middle District of Florida, Orlando Division. Lauren was FBA Orlando’s youngest Chapter President to ever serve and only its sixth woman President in its half-century long history. She also serves as Membership Director of the Central Florida Association for Women Lawyers.

Lauren L. Millcarek is a senior associate in the Orlando office of Shutts & Bowen LLP, where she is a member of the Business Litigation Practice Group. Lauren focuses her practice on federal court litigation. Lauren is experienced in business and financial services litigation; class action and multidistrict litigation; whistleblower and fraud investigation and litigation; disputes involving debt collection, consumer solicitation, and trade practices; and cases involving theft of trade secrets and confidential information.