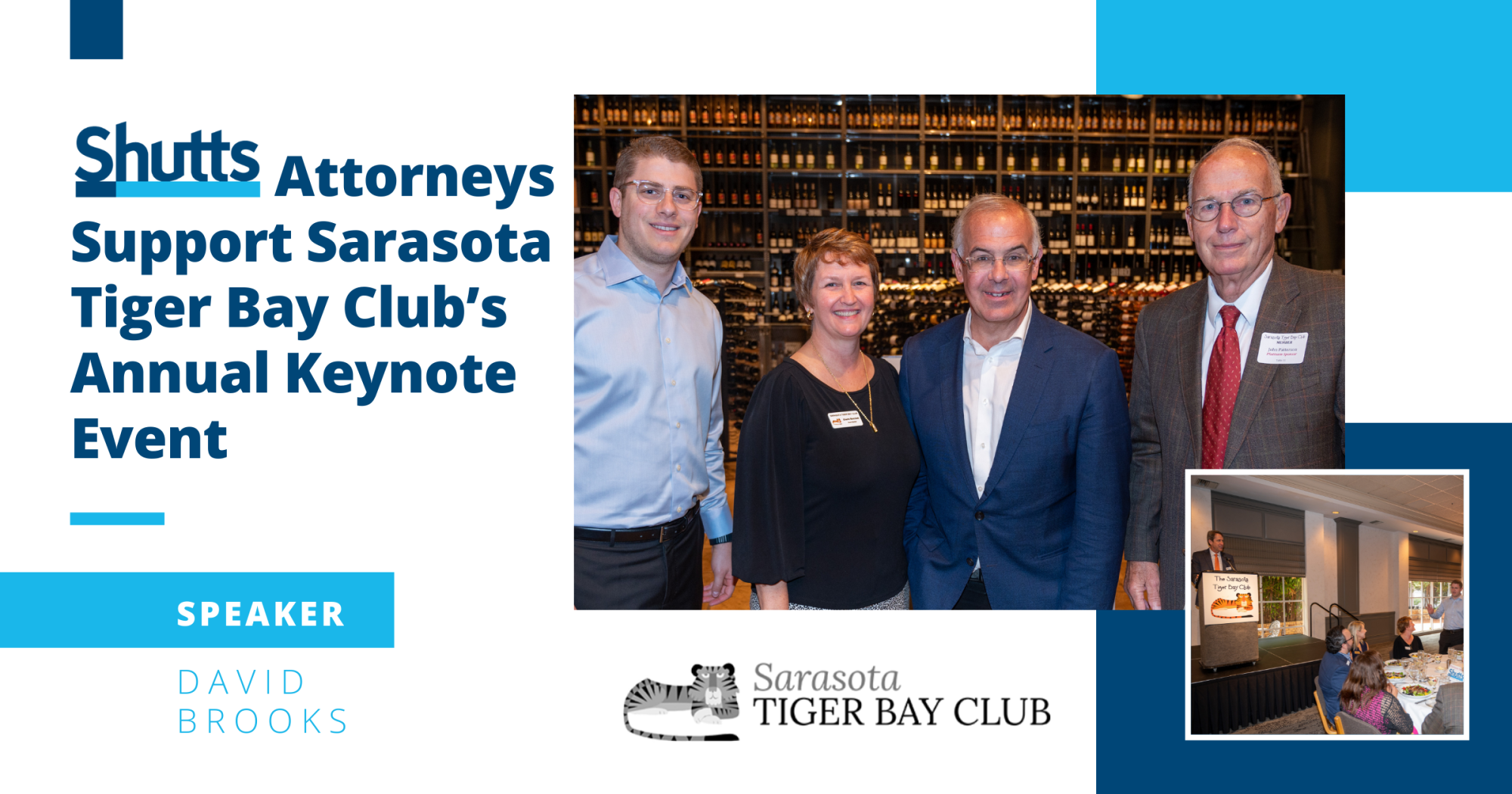 The Annual Keynote Luncheon was attended by 320 people and is the only fundraising event for the Sarasota Tiger Bay Club, whose mission is to promote community understanding of current political and social issues through public discourse and the free exchange of ideas. In attendance at the event were Sarasota partners John Patterson and Charla Burchett, as well as attorney Joseph Lieberman. Charla is currently a board member of the Sarasota Tiger Bay Club, while John is a former board member of the organization.

Author of "The Second Mountain," "The Road to Character" and "The Social Animal," David Brooks is a major political and social analyst, as well as a regular analyst on PBS "NewsHour" and NPR’s "All Things Considered." For more information on the event, click here.