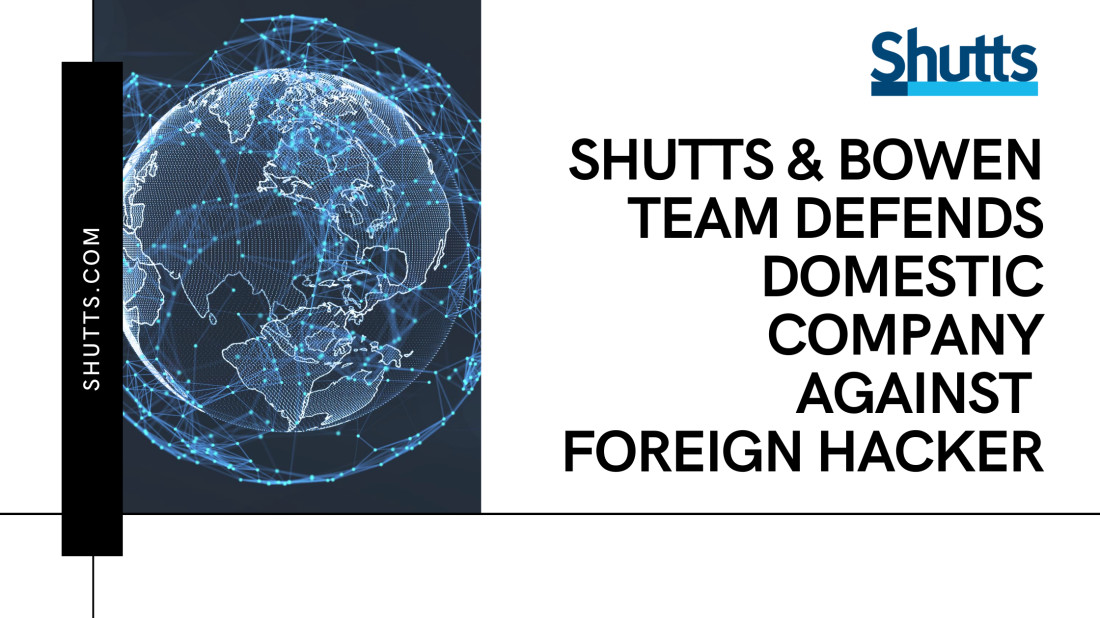 Hacking is becoming a bigger problem in commerce, politics and now litigation more than ever, as evidenced by numerous high profile lawsuits that have been filed around the country. In another case involving alleged hacking, U.S.-based Africa Growth Corporation (AFGC), a Shutts & Bowen client, recently filed a lawsuit against the Republic of Angola concerning alleged hacking by Angola directed at AFGC’s computer servers in the U.S. to illegally intercept attorney-client communications between AFGC and its counsel in connection with a multimillion dollar settlement between AFGC and Angola.

Miami partner Ed Patricoff, who is prosecuting AFGC’s claims, predicts cybersecurity litigation, like this case, will become more prominent and prevalent in the future. In order to litigate hacking cases, the Daily Business Review reports that legal teams will need to use tools such as “a specialized forensic computer analyst to investigate reports of bizarre problems with Africa Growth’s information systems,"which occurred over a several month span. Identifying and proving illegal hacking requires substantial expertise by forensic computer analysts, forensic tools and time. Lawyers should anticipate these problems and may consider engaging forensic experts to help prevent the illegal hacking.

“The lawsuit filed this week aims to recoup the settlement and to show that countries are not immune to U.S. laws governing hacking and cyber threats,” Patricoff said. “People are using the internet more to communicate confidential, privileged data, and information. But those systems are getting breached, and bad actors need to be caught and punished.”

Otherwise, the legal system itself will become a victim of illegal and unethical attacks by hackers which send stolen confidential information to litigants and/or their counsel.

Harold Edward “Ed” Patricoff, Jr. is a partner in Shutts & Bowen’s Miami office, where he heads the firm’s International Dispute Resolution Practice Group. Named one of South Florida’s “Most Effective Lawyers” by the Daily Business Review in the Business/Complex Litigation category, Patricoff is recognized as one of the preeminent international commercial litigators in his industry. Patricoff is a Martindale-Hubbell AV® rated veteran litigator who represents clients in disputes across multinational borders.