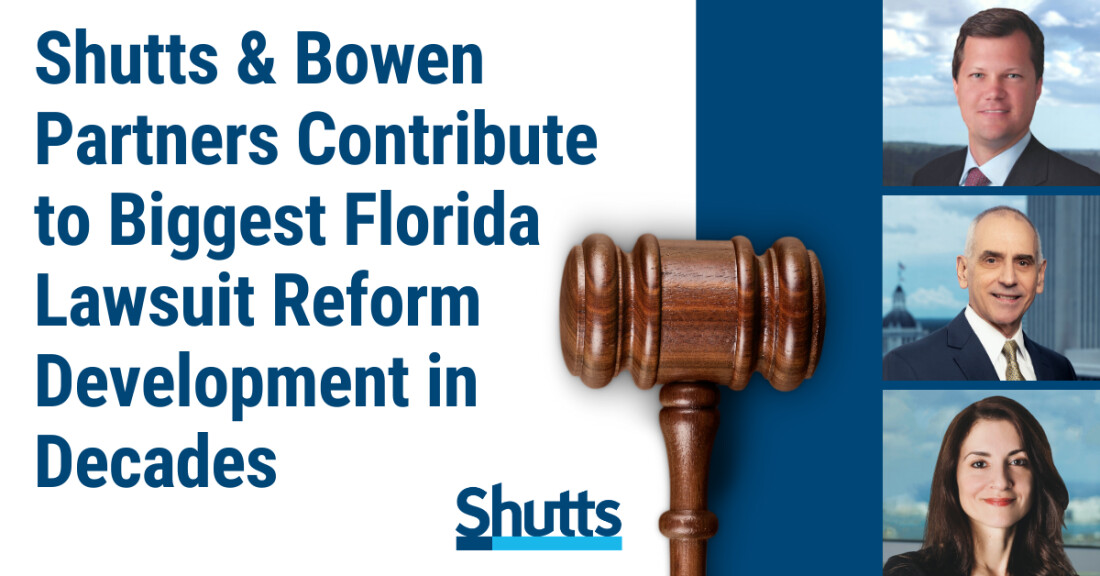 The adoption of the federal summary judgment standard represents one of the most significant lawsuit reform developments for Florida businesses and insurers in decades, which will significantly decrease unnecessary litigation across the state by allowing lower-court judges to dismiss meritless lawsuits by granting summary judgments more easily. After video evidence in an Osceola County trucking accident case highlighted the problems with the Florida standard, the Fifth District Court of Appeal asked the state’s highest court to weigh in on the question of public importance.

The Florida Supreme Court received numerous friend-of-the-court briefs supporting summary judgment reform, including two key amicus briefs filed by Jason Gonzalez, George Meros and Julissa Rodriguez. Shutts clients such as the Florida Chamber of Commerce, Associated Industries of Florida, the Florida Healthcare Association and the U.S. Chamber of Commerce, whose members are frequently named defendants in Florida lawsuits, urged the adoption of the federal standard in order to improve the fairness and efficiency of Florida’s civil justice system. The Court’s decision, effective May 1, 2021, should have significant implications for businesses and industries burdened by meritless and costly litigation. After operating under Florida’s summary judgment standard for fifty-three years, judges will now have the ability to resolve frivolous civil disputes prior to lengthy trials, which can needlessly increase costs for businesses and consumers across the state.

“The Florida Supreme Court’s ruling brings the Florida civil justice system into the 21st century, joining a super majority of the states and the federal judicial system,” said Jason. “Every Floridian will benefit from the reduction of costly, abusive lawsuits because the cost of goods, services and insurance premiums will decrease in Florida.”