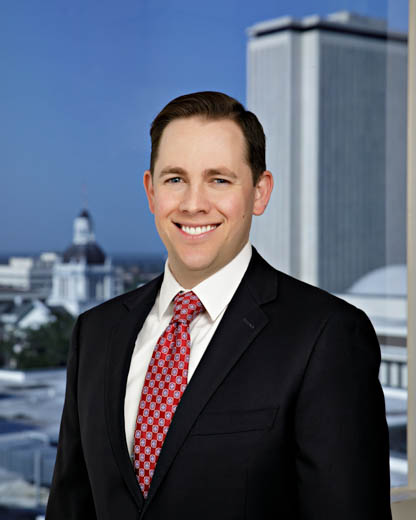 The JNC is charged with identifying and recommending names of qualified individuals to the Governor for appointment to the bench. The JNC investigates each applicant to confirm eligibility and interviews applicants.

The First District Court of Appeal is one of the largest appellate courts in the country both in terms of judges and number of cases filed annually.

Benjamin Gibson is a partner in the Tallahassee office of Shutts & Bowen LLP, where he is a member of the Business Litigation practice group.  His statewide practice focuses on government, political, and corporate clients representing them in government affairs, appellate, litigation, and administrative matters. Prior to joining Shutts, Ben served as the Deputy General Counsel and an Assistant General Counsel to Florida Governor Rick Scott. He also served as a staff attorney with the Florida House of Representatives.