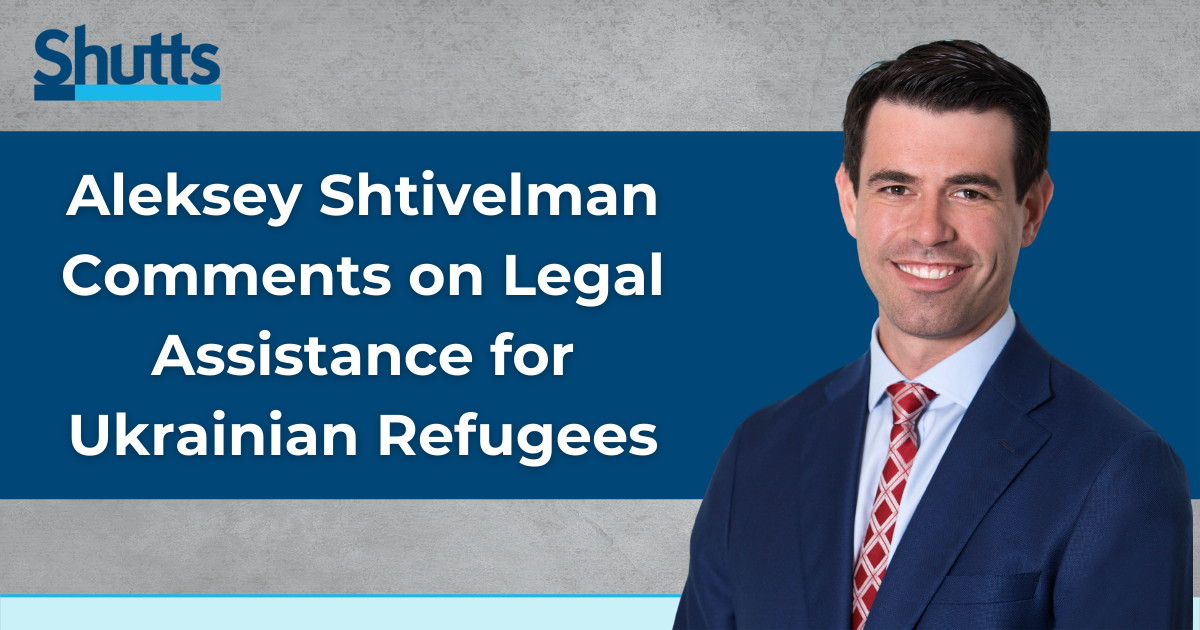 As the Russian invasion of Ukraine continues, attorneys in the United States have stepped up to provide information and help to Ukrainian refugees and asylum-seekers. Some efforts include fundraising, advocacy and proper documentation.

Shutts & Bowen LLP Miami partner, Aleksey Shtivelman, who was born in the Ukrainian city of Odessa and is a native Russian speaker, stated he started receiving calls because of his international practice, his contacts in the region and because he speaks a relevant language. "People are saying, 'My grandmother is in Ukraine; is there an application I can file to bring her here?'" he said. Though he does not practice immigration law, as an immigrant himself he has been doing whatever he can to direct people to the right resources as requests pour in.