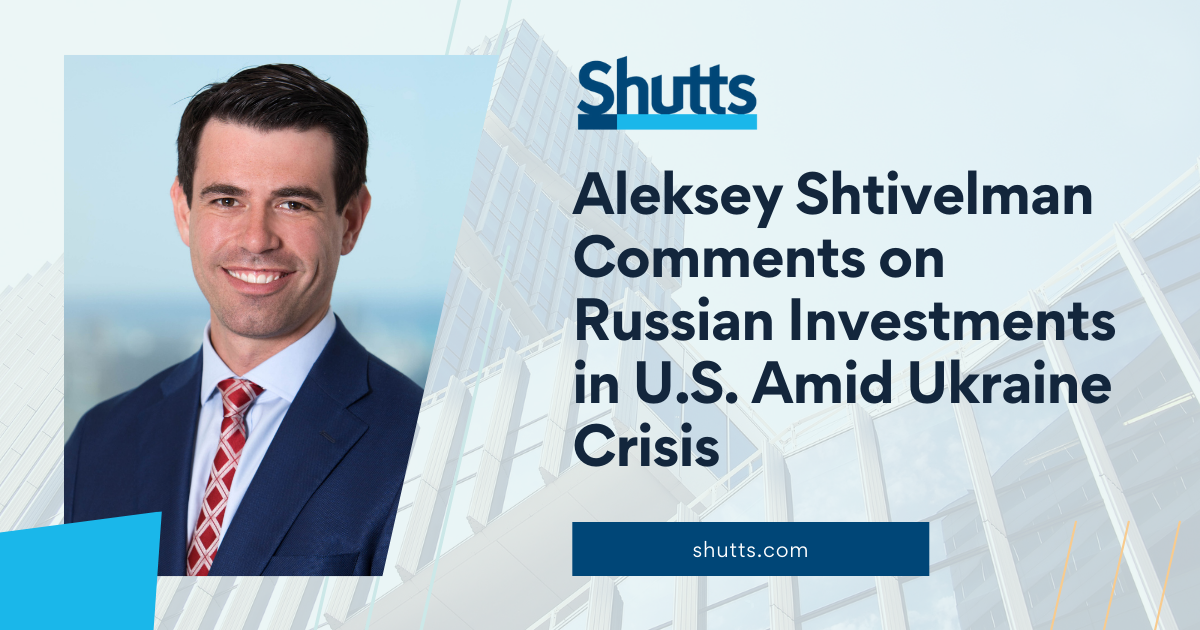 The Real Deal reports that Russia’s wealthy citizens are trying to move their money overseas – namely out of the country and into U.S. real estate – but sanctions are making it a challenge.

The article states that transferring funds out of Russia and into American real estate will be difficult for a number of reasons. The U.S. has already sanctioned several oligarchs as well as Russia’s two largest banks, and the E.U. cut seven Russian banks out of SWIFT, a global financial messaging system that facilitates money transfers between banks. In addition, the Russian Central Bank has announced it intends on implementing capital controls to prevent foreign funds from leaving the country. The U.S. Department of Justice has also recently announced the launch of interagency law enforcement task force (KleptoCapture) dedicated to enforcing the sweeping sanctions, export restrictions, and economic countermeasures that the United States (and its partners) have imposed.

Aleksey Shtivelman, a partner in the International Dispute Resolution Group based in Shutts & Bowen’s Miami office who focuses on high stakes disputes, and represents foreign and domestic clients doing business across Europe, Latin America, Africa, and Asia, said he expects Russian money to come to the U.S., specifically to Miami, where the real estate market has been on the rise recently.

“In South Florida, the market is really hot,” he said, stating that there is a potential for money to be made. But even if the transfers are legal, U.S. banks may be wary of accepting funds, particularly in light of the “Know Your Customer” (KYC) compliance checks which must be completed first.