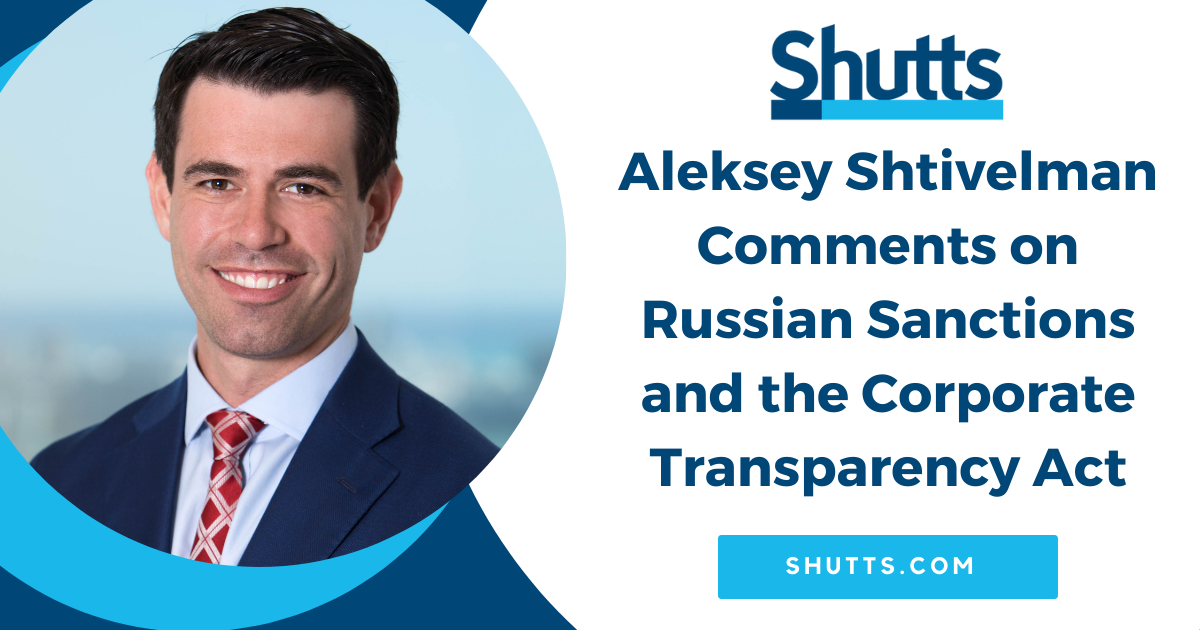 Over a month into the Russian invasion of Ukraine, the West’s response has left Russia in a financial mess. The United States is threatening to freeze assets in order to apply pressure to end the war. Miami partner Aleksey Shtivelman was recently quoted on The Real Deal discussing forfeiture procedures in the United States with respect to Russian sanctions, as well as the impact of disclosure requirements to FinCEN under the Corporate Transparency Act, on sanctions investigations by U.S. government agencies.

“To permanently deprive someone of property would really have to go through some kind of legal process and not some summary proceeding where the government says, ‘We have sanctions. You own an apartment. Now it’s ours.’ That’s how I think the public sees it,” states Aleksey. “That’s just not how it works. The American way is to provide people with their day in court….”