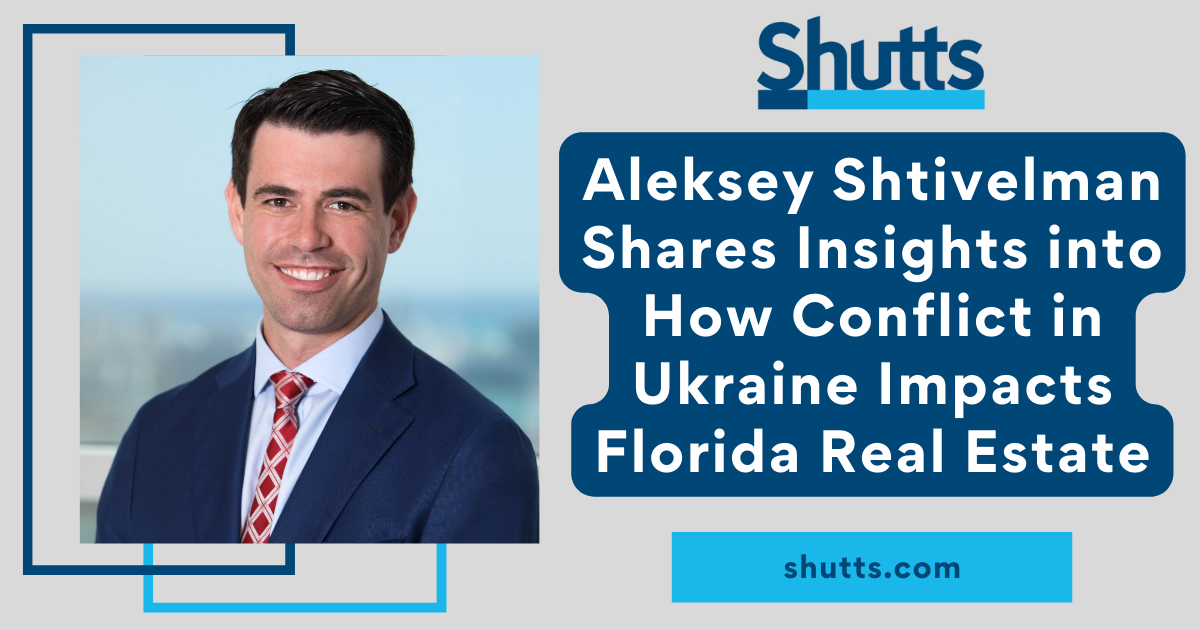 During the interview, Aleksey spoke to Brian Mudd about the real estate market and how the situation in Ukraine has impacted the U.S., including sanctions and investment.

“I believe the impact we’re seeing now is that a lot of Russians are potentially interested in selling some of these assets before the U.S. implements additional sanctions,” Aleksey states. “Now, these sanctions that we have implemented thus far – the United States – it seems like they are targeted at specific individuals and specific entities, so at this stage perhaps there are no immediate risks to some of these other individuals and their companies in holding these real estate assets. But I think people are afraid given Biden’s recent address, where he said ‘We’re going to be seizing your yachts, your luxury apartments and your private jets.’”

Additionally, Brian asked if individuals were still trying to figure out the outcome. Aleksey said “I think one idea could be that people from Russia or from Ukraine might want to invest more in South Florida real estate because as the ruble goes down and as their countries are at war perhaps they can see that U.S. properties could be a safe haven for those funds and for their assets especially as South Florida real estate has continued to grow in the recent times.”

To listen to the full interview, please click here.