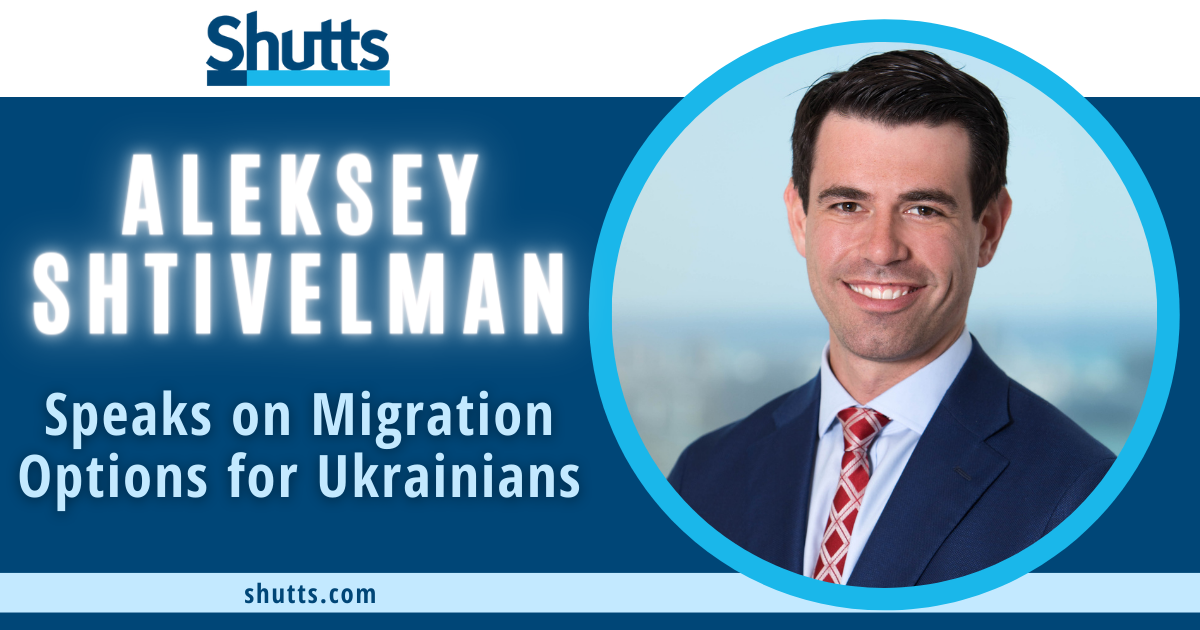 In an article entitled “Ukrainian Migration Options to U.S. Remain Unclear as Russian Invasion Continues,” the Sun Sentinel discusses how approximately 100,000 people fled their homes in Ukraine just hours after Russian military forces invaded their homeland. The Biden Administration has yet to decide whether specific protections and opportunities should be provided to Ukrainians seeking refuge or asylum in the U.S.

Miami Partner Aleksey Shtivelman, who was born in the Black Sea Port City of Odessa and has clients in both Ukraine and Russia, states “I hope the U.S. administration will take some sort of action to help those people evacuate. The U.S. has issued previous emergency declarations regarding refugee admissions.”

According to the U.S. Citizenship and Immigration Services Website, refugees with “a compelling emergency” and an “urgent humanitarian reason” may be allowed to temporarily enter the United States under the humanitarian parole. However, it is unclear about where Ukrainians will want to flee if their country is overtaken. The U.S. Temporary Protection Status (TPS) allows people from nations in turmoil to temporarily live and work in the United States and protects them from deportation. The Biden administration has already granted the designation to Venezuelans and Haitians, who became eligible for the program in the spring of last year. Citizens from other nations, including Myanmar, Yemen and Somalia, have also benefited from TPS designations and extensions.