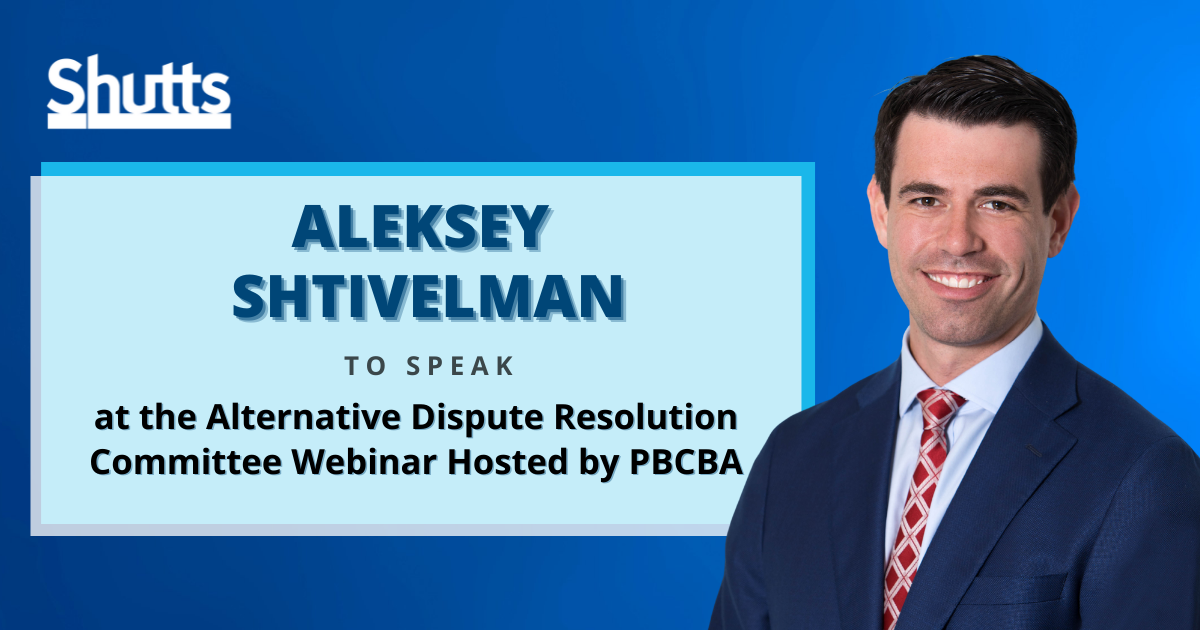 Aleksey’s topic is titled “Arbitrator Selection and Other Issues in Arbitration,” where he will be discussing negotiation with the opposing counsel regarding arbitrator selection, sources and types of information lawyers review with respect to selecting an arbitrator, pre-appointment interviews with arbitrators, difference in the process for domestic and international arbitrations, including conflicts of interest issues and alternative expedited procedures in arbitration.