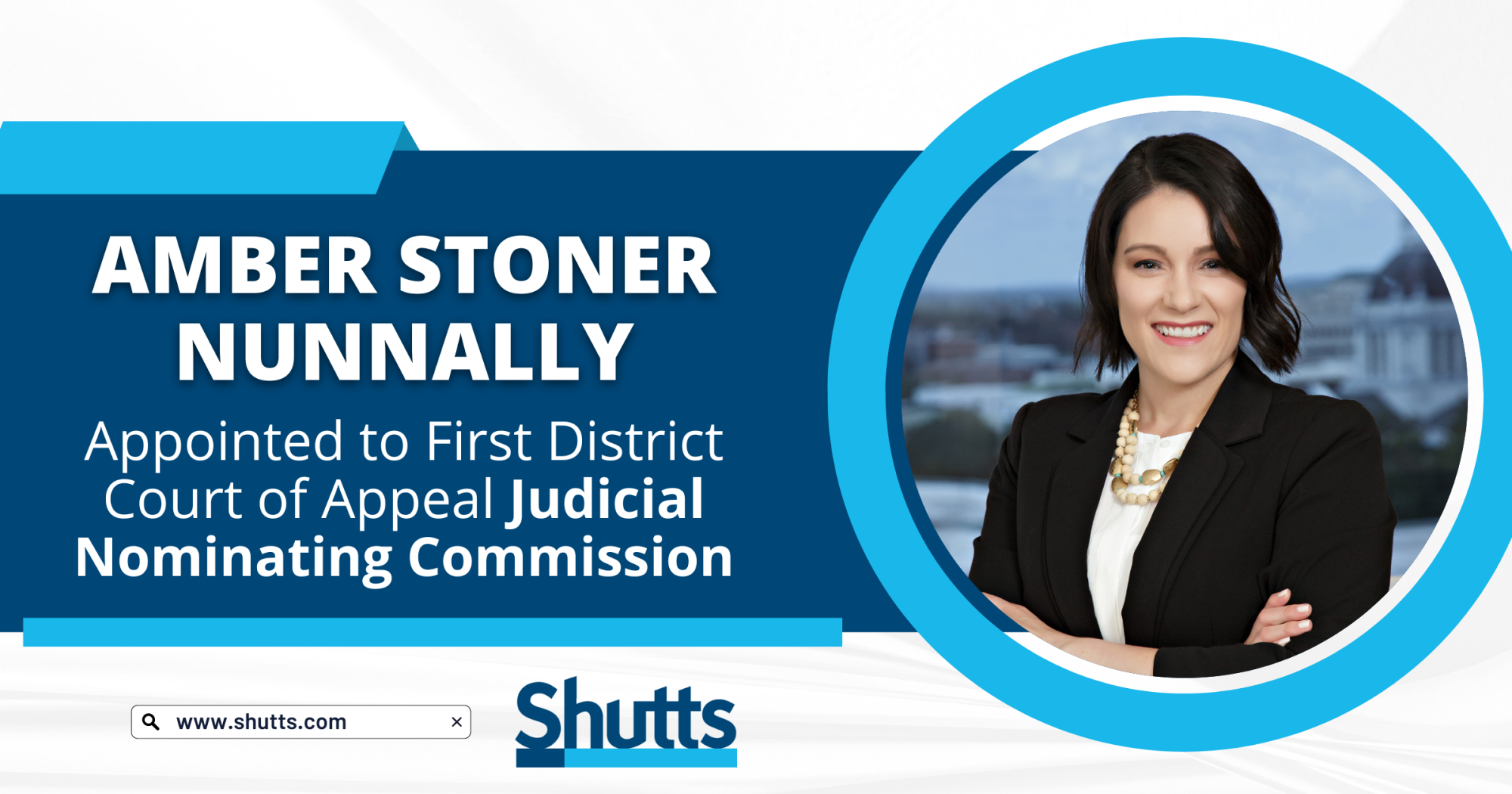 Shutts & Bowen LLP is pleased to announce that Tallahassee partner Amber Stoner Nunnally was appointed to the First District Court of Appeal’s Judicial Nominating Commission, by Governor DeSantis on September 6, 2022.

Amber, who is experienced in all aspects of appellate advocacy and procedure, previously served as a staff attorney to Justice Ricky Polston of the Florida Supreme Court and Judge Kent Wetherell of Florida’s First District Court of Appeal. With over 20 years of experience in Florida government, Amber has also worked in the Executive Office of the Governor, the House of Representatives, the Attorney General’s Office, and the Department of State.

Judicial Nominating Commissions, composed of lawyers and non-lawyers, help shape the makeup of Florida’s judicial system by interviewing candidates and drafting a list of nominees to fill vacant judgeships.

The 1st, 2nd, 3rd, 4th, 8th and 12th Judicial Circuits feed into the First District Court of Appeal, which spans from Pensacola to Jacksonville and extends as far south as Levy County.

Amber Stoner Nunnally is a partner in the Tallahassee office of Shutts & Bowen LLP, where she is a member of the Appellate Practice Group. She is experienced in all aspects of appellate advocacy and procedure, and routinely prepares briefs on merits and jurisdiction, amicus briefs, and briefs for extraordinary writs in original proceedings. She also provides appellate support during trial and pretrial activities, assisting in development and presentation of legal arguments, record development, and identification and preservation of error. Amber is also an experienced litigation attorney, representing businesses and state agencies in state courts on matters of law and public policy, particularly in the areas of constitutional and administrative law.