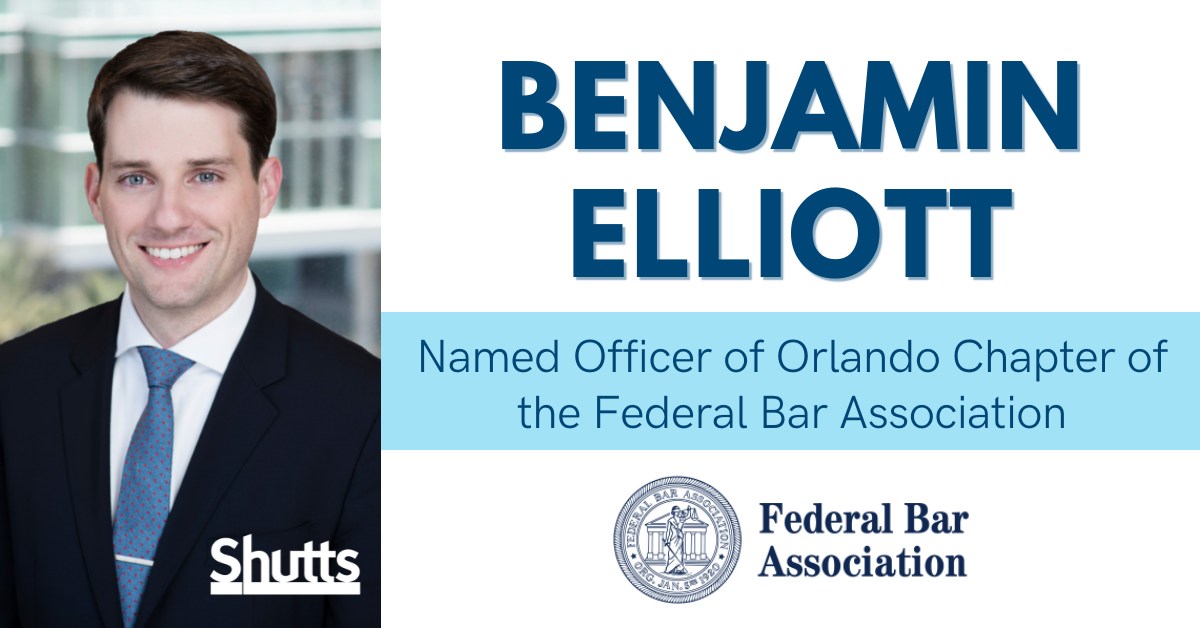 Benjamin Elliott, an attorney in Shutts & Bowen LLP’s Orlando office was recently named as an officer of the Federal Bar Association’s Orlando Chapter, serving the organization as Young Lawyer Chair.

In his leadership role, Benjamin will assist his fellow officers in the advancement of the science of jurisprudence and in promoting the welfare, interests, education and professional development of local attorneys involved in federal law. In his role as Young Lawyer Chair, he will promote legal education opportunities and experiences to enhance the careers of the chapter’s young lawyers.

Benjamin Elliott is a senior associate in the Orlando office of Shutts & Bowen LLP, where he is a member of the Business Litigation Practice Group. Benjamin’s practice includes the representation of public and private clients in large multi-party litigation. Benjamin joined Shutts from a large Northeast law firm and previously served as a Special Assistant to the General Counsel to the Governor of Connecticut as well as an intern in the United State Attorney’s Office for the District of Connecticut. Prior to his career in law, he served as the Executive Director of the Macchi School, an independent middle and high school of gifted, indigent students in rural Tobati, Paraguay.