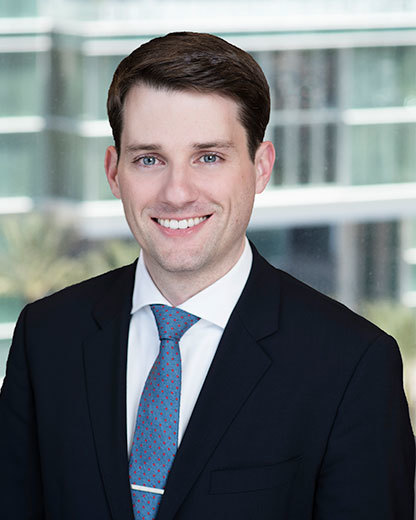 Benjamin F. Elliott is a partner in the Orlando office of Shutts & Bowen LLP, where he is a member of the Business Litigation Practice Group.

Benjamin’s practice includes the representation of public and private clients in large multi-party litigation. Benjamin joined Shutts from a large Northeast law firm and previously served as a Special Assistant to the General Counsel to the Governor of Connecticut as well as an intern in the United State Attorney’s Office for the District of Connecticut.

Benjamin currently serves as an officer to the Orlando Chapter of the Federal Bar Association. While in law school, he was a member of the Frederick Douglass National Moot Court Team.

Prior to his career in law, he served as the Executive Director of the Macchi School, an independent middle and high school of gifted, indigent students in rural Tobati, Paraguay.