Daniel Nordby, a partner in Shutts & Bowen LLP’s Tallahassee office, participated as a panelist in the “JNC Path to the Bench” webinar on January 26, 2021, presented by the Florida Bar Standing Committee on Diversity & Inclusion. 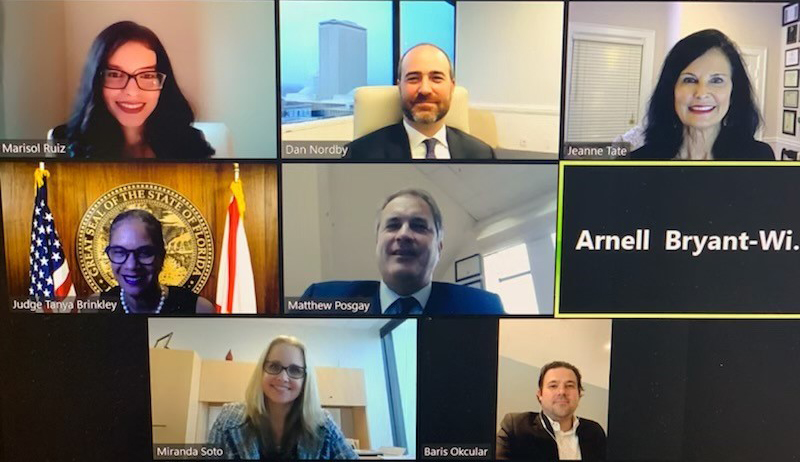 The informative program was held via Zoom and was moderated by Eleventh Circuit Judge Tanya Brinkley. The webinar featured discussion on the judicial appointment process, including the path to the judiciary and the phases leading up to final appointment.

Daniel Nordby is a partner in the Tallahassee office of Shutts & Bowen LLP, where he is a member of the Appellate Practice Group. He is Florida Bar Board Certified in State & Federal Government & Administrative Practice. His practice focuses on high-profile, high stakes matters of law and public policy, particularly in the areas of constitutional, appellate and administrative law. Over the course of his career, Daniel has developed extensive experience in the area of government and administrative law. He is a Past Chair of the Florida Bar’s Administrative Law Section and has served on the Section’s Executive Council for more than a decade. Daniel has represented clients in some of Florida’s largest competitive procurements and has served as counsel of record in a variety of administrative and judicial proceedings involving the application of constitutional and administrative law principles.