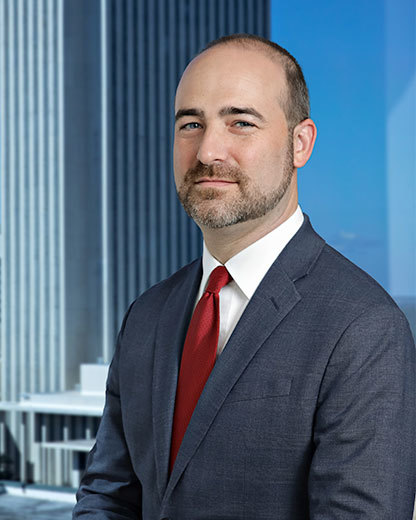 Daniel Nordby is a partner in the Tallahassee office of Shutts & Bowen LLP, where he is a member of the Appellate Practice Group. His practice focuses on high profile, high stakes matters of law and public policy, particularly in the areas of constitutional, appellate, and administrative law.

Daniel is double board certified by The Florida Bar in both Appellate Practice and State & Federal Government & Administrative Practice. He is the only attorney in Florida to hold concurrent board certifications as an expert in both of these practice areas.

Daniel maintains an active appellate practice before Florida’s state and federal courts. He is Florida Bar Board Certified as a specialist in the area of Appellate Practice, a credential recognizing credibility and professional expertise that is held by less than one-half of one percent of The Florida Bar’s 100,000+ members. Daniel has experience handling all types of civil appellate and original writ proceedings before Florida’s appellate courts and often handles cases of first impression in the areas of constitutional law, administrative law, election law, and insurance law. He has presented oral argument on multiple occasions before the Florida Supreme Court, the United States Court of Appeals for the Eleventh Circuit, and Florida’s district courts of appeal. A representative list of Daniel’s reported opinions is available here.

Daniel also has extensive experience in the area of government and administrative law. He is Florida Bar Board Certified in State & Federal Government & Administrative Practice, is a Past Chair of The Florida Bar’s Administrative Law Section, and has served on the Section’s Executive Council for more than a decade. Daniel has represented clients in some of Florida’s largest competitive procurements and has litigated bid protests, rule challenges, and permitting matters before the Division of Administrative Hearings.

Daniel is also involved with several non-profit and community groups. He is a graduate of Leadership Florida (Connect VI), a member of Florida Blue Key, a member of the American Enterprise Institute’s Leaders Network, and a member of the James Madison Institute’s Inaugural Class of Leaders Fellows. Daniel is on the Steering Committee of the Tallahassee Lawyers Chapter of the Federalist Society for Law and Public Policy Studies and is a Past President of both its Tallahassee Lawyers Chapter and University of Florida Student Chapter. Daniel is an Eagle Scout and attends St. Peter’s Anglican Cathedral in Tallahassee.

Daniel is a “triple-Gator” with three degrees from the University of Florida: a J.D. (with high honors), a B.S. in Microbiology and Cell Science, and a B.A. in Classical Studies. He has been recognized as a Florida Super Lawyers “Rising Star” and has been named to the roster of Florida Legal Elite by Florida Trend magazine in the categories of “Appellate Practice,” “Government & Administrative Law,” “Best Government & Non-Profit Attorneys,” and “Best Up & Coming Attorneys.”