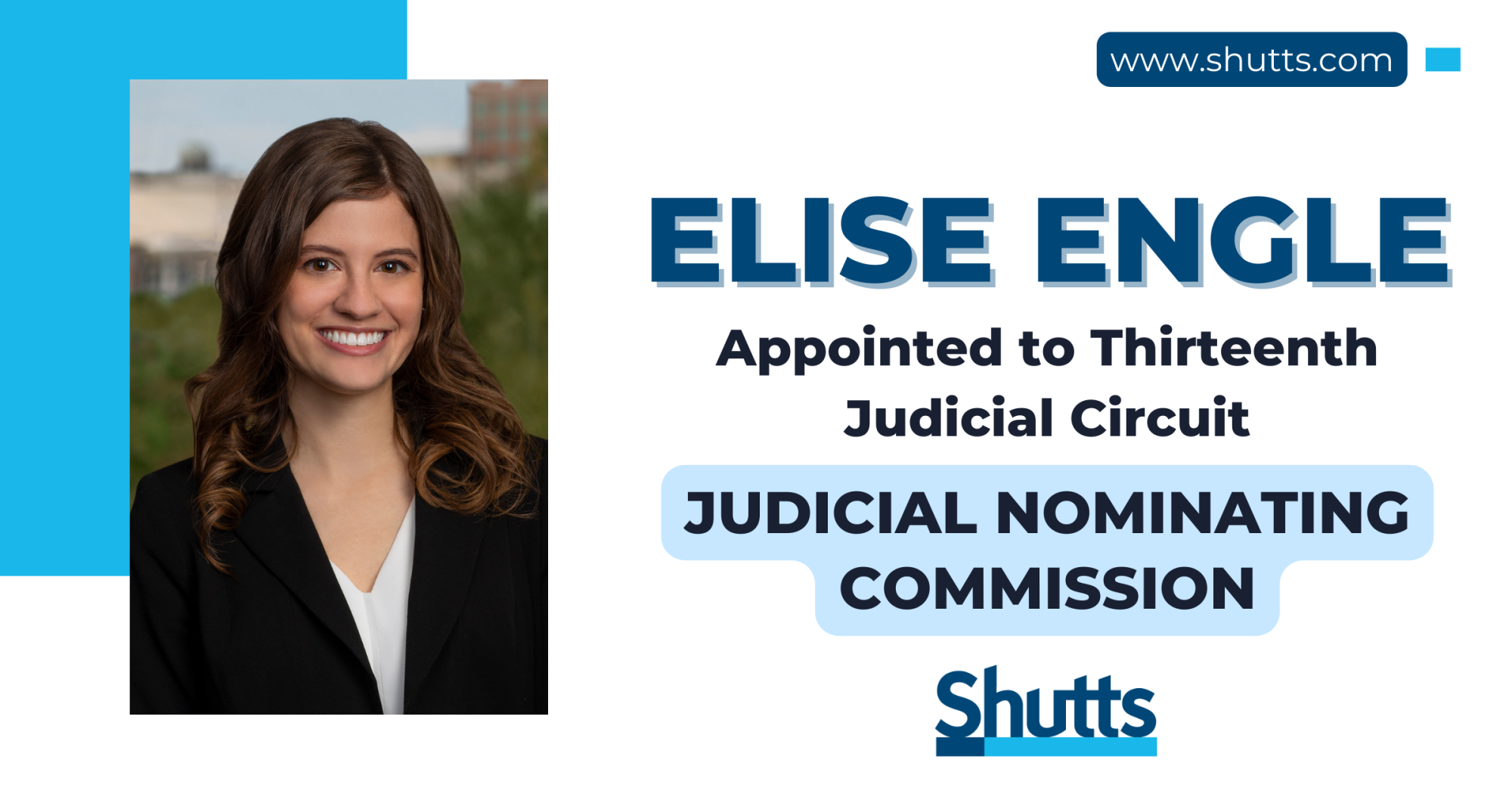 Elise, a member of the appellate practice group in the Tampa and Tallahassee offices, focuses her practice on appellate litigation, civil appeals and trial support in both state and federal courts. She is appointed for a term ending July 1, 2023.

Judicial Nominating Commissions, composed of lawyers and non-lawyers, help shape the makeup of Florida’s judicial system by interviewing candidates and drafting a list of nominees to fill vacant judgeships.

Elise Engle is an attorney in the Tampa and Tallahassee offices of Shutts & Bowen LLP, where she is a member of the Appellate Practice Group. Elise focuses her practice on appellate litigation, civil appeals and trial support in both state and federal courts. She was most recently a judicial law clerk for the Honorable Jamie R. Grosshans at the Florida Supreme Court, following a clerkship with the Honorable John L. Badalamenti at the United States District Court, Middle District of Florida. During law school, Elise served as a judicial extern for the Florida Second District Court of Appeal, as a judicial intern for the Honorable Robert G. Fegers in the Florida Tenth Judicial Circuit, and as a summer associate in the litigation practice group of a Florida law firm.