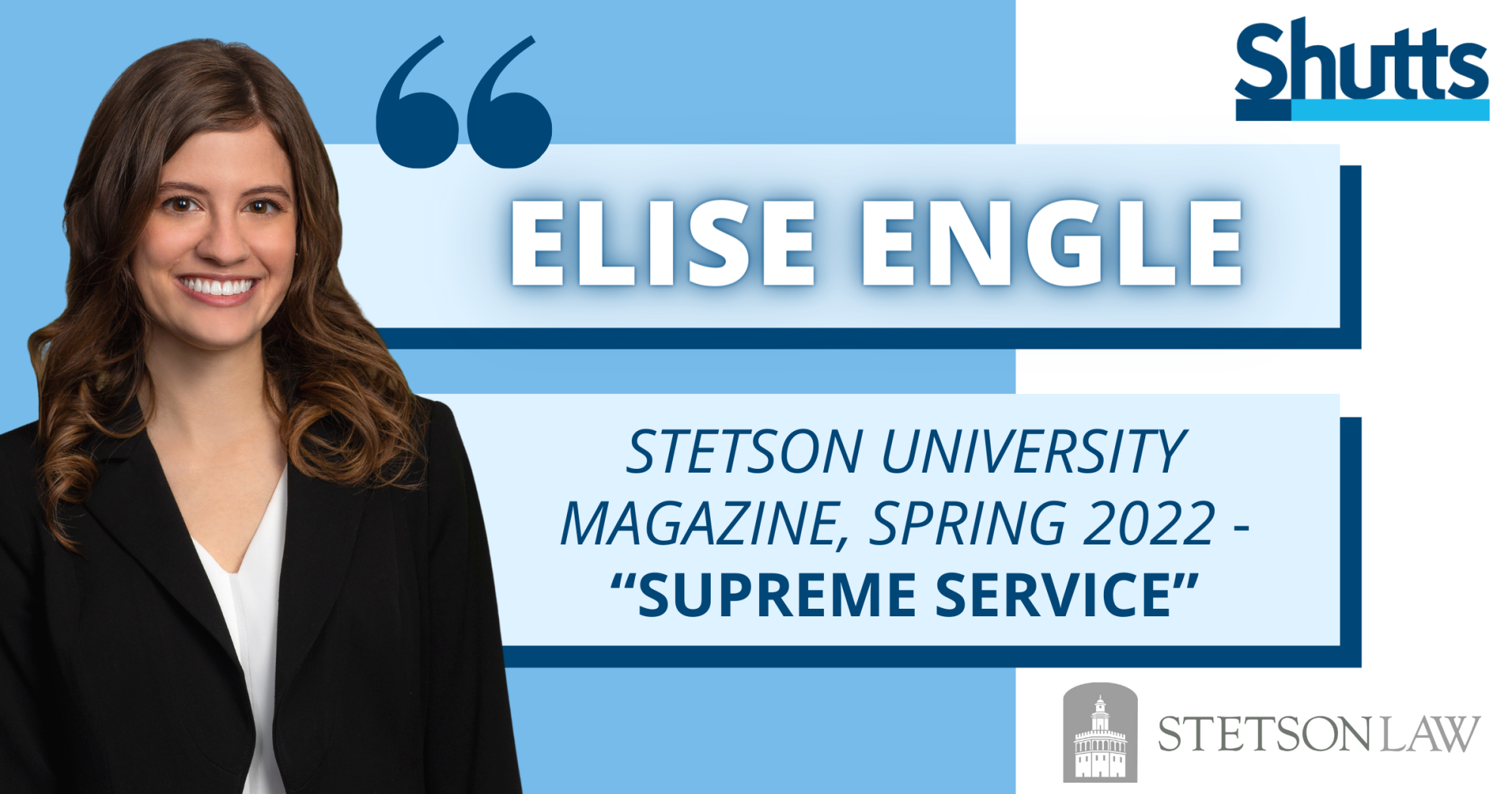 Elise Engle, an attorney in Shutts & Bowen LLP’s Tampa office, was recently featured in a Stetson University Magazine article profiling the storied history of alumni involvement with the Supreme Court of Florida.

According to the article, “Supreme Service,” Stetson University has a history with Florida’s Supreme Court dating back to 1925. In addition to several justices who have sat on the bench, Stetson’s connections to the Florida Supreme Court include alumni and students who have served as clerks, interns and staff attorneys. Commenting on her work as a clerk for Justice Jamie Grosshans, Elise offered insight on her experiences with criminal cases, clerking during the pandemic, her role as a gatekeeper for the court and the impact it has had on her career.

“Just being in that building and seeing all of the history, it put into perspective how much people respect this profession and how long this profession has been running in Florida,” she said.

Elise Engle is an attorney in the Tampa and Tallahassee offices of Shutts & Bowen LLP, where she is a member of the Appellate Practice Group. Elise focuses her practice on appellate litigation, civil appeals and trial support in both state and federal courts. She was most recently a judicial law clerk for the Honorable Jamie R. Grosshans at the Florida Supreme Court, following a clerkship with the Honorable John L. Badalamenti at the United States District Court, Middle District of Florida.