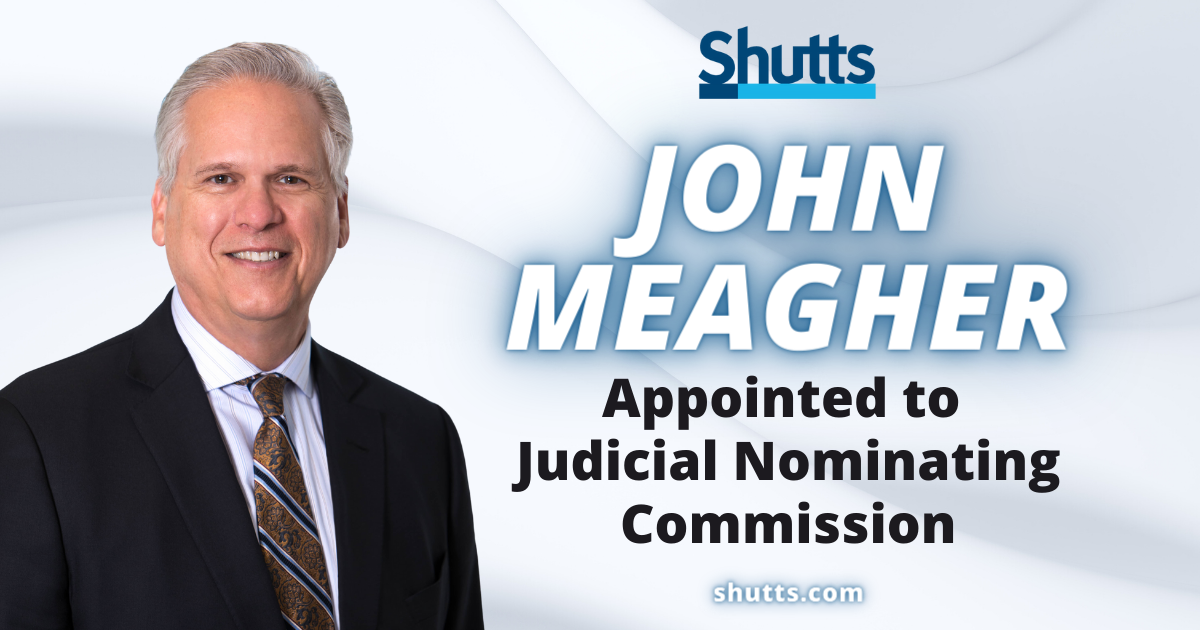 John Meagher, Chair of Shutts & Bowen’s Insurance Practice Group and Managing Partner of the firm’s Miami office, has been appointed by Gov. Ron DeSantis to serve on the Third District Court of Appeal Judicial Nominating Commission. He is appointed for a term ending July 1, 2026.

On July 20, Gov. DeSantis announced 50 statewide appointments and reappointments to Florida’s JNCs.  Each member is responsible for evaluating candidates and drafting a list of nominees when vacancies open on the benches of Florida’s judicial system.

John primarily represents insurance companies, defending them in coverage actions in trial and appellate actions throughout the state and federal court systems. John also litigates commercial, real estate, and banking cases. A Martindale-Hubbell AV® rated trial lawyer, John has been recognized as one of the Best Lawyers in America® in insurance law and has been named a “Top Lawyer” by South Florida Legal Guide.