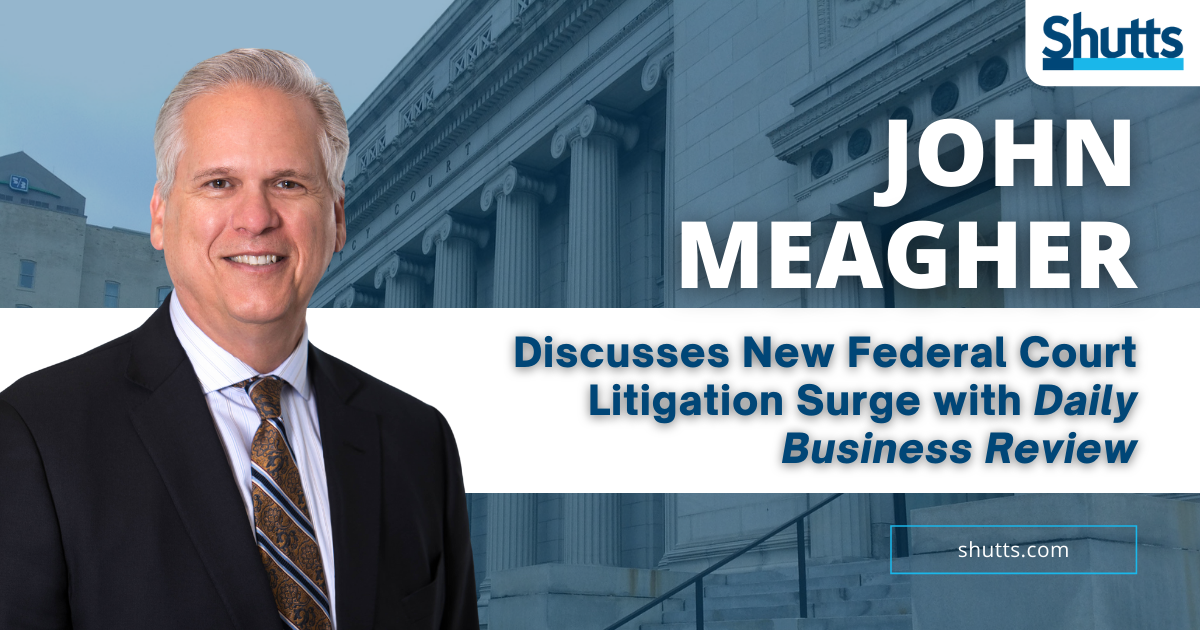 As a sign of this increased activity, John cited two trial victories he secured in the single month of March.

“Quickly making up for the dearth of trials as a result of the pandemic,” John said, “my trial team notched two federal court trial wins this month, both of which involved disability insurance issues.”

However, John noted that the pace at which the judges in state and federal courts have cleared the dockets might not be sustainable. For example, he said having two trials a month, every month, could backfire in areas such as discovery disputes.

He pointed out that if the judge allowed an 18-month discovery period, it could take both sides 18 months to complete discovery; however, if the judge limited the discovery period to just six months, the parties may be compelled to compress document production, interrogatories and witness depositions into that shorter period of time, creating complications in time management.

“We all have to stay sane because discovery involves a lot of arguing and fighting,” John added. “Sometimes, it’s not easy to keep that pace.”

John E. Meagher is the Managing Partner of the Miami office of Shutts & Bowen LLP and Chair of the Insurance Practice Group. A Martindale-Hubbell AV® rated trial lawyer, John has been recognized as one of the Best Lawyers in America® in insurance law and has been named a “Top Lawyer” by South Florida Legal Guide. John primarily represents insurance companies, defending them in trial and appellate actions throughout the state and federal court systems. John also litigates commercial, real estate, and banking cases.