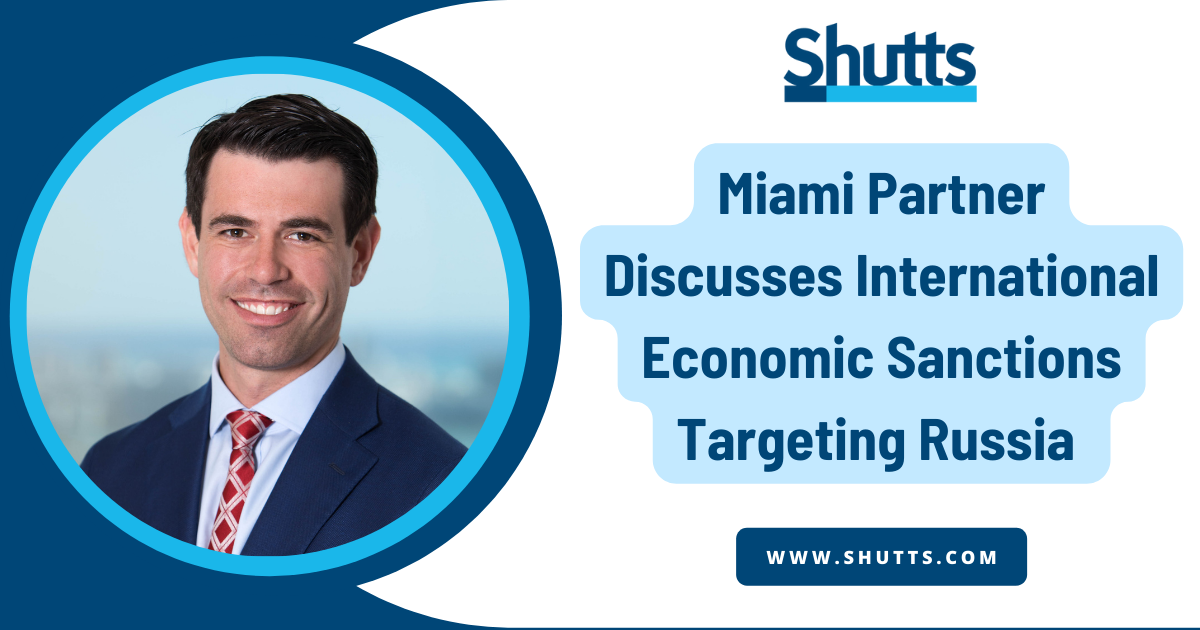 Russian President Vladimir Putin’s invasion of Ukraine has created global economic turmoil. The U.S. government is moving towards freezing the assets of Russian elites close to Putin. Russian and Ukrainian buyers represent a small part of the overall U.S. real estate market; however, experts believe that it will be more difficult for Russians to do business in the U.S. according to The Real Deal.

“Apparently, a lot of the money held in Sberbank is held in U.S. dollars, but in order to process it, it would have to go through a U.S. account,” states Miami Partner Aleksey Shtivelman, who focuses on international disputes. “That is what the government is trying to stop.”

In addition to sanctions, there will also be logistical challenges for Russians looking to invest in America.  In times like this, as always, it is very important now for those involved in real estate transactions, and banking to do their due diligence (Know Your Customer) regarding the individuals, entities, and the source of funds, in connection with banking as well as real estate transactions.