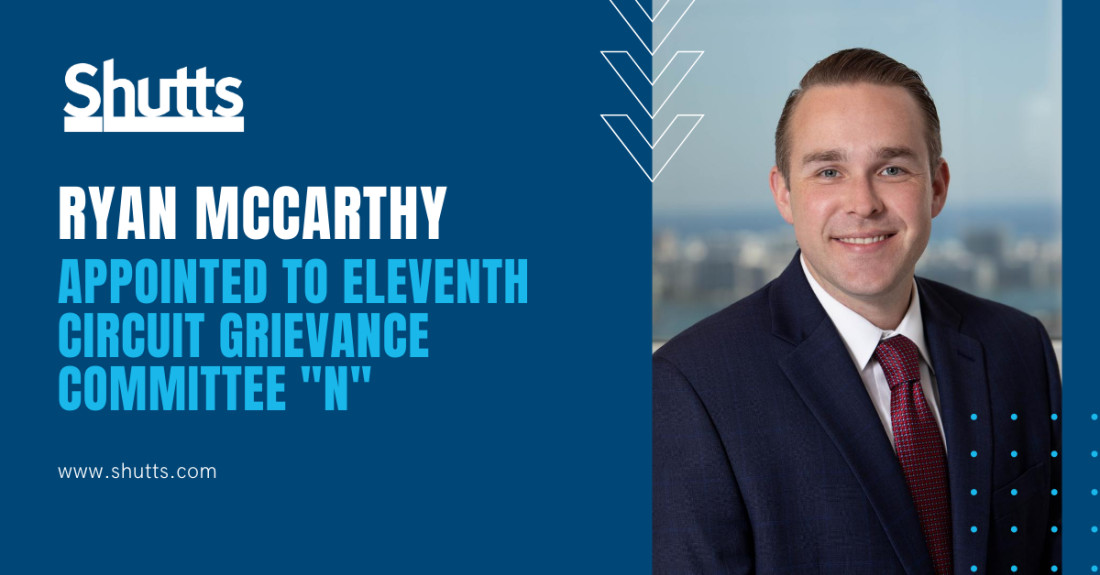 Miami attorney Ryan McCarthy has been appointed to The Florida Bar’s Eleventh Circuit Grievance Committee “N.”  His appointment began on August 1, 2020, for a three-year term.

Grievance committees are made up of volunteer members, at least one-third of whom are not lawyers. Each of Florida’s 20 judicial circuits has at least one such committee. The grievance committee reviews complaints and decides, after a case is submitted to them by bar counsel, whether there is probable cause to believe a lawyer violated the professional conduct rules imposed by the Supreme Court of Florida and whether discipline against the lawyer appears to be warranted.

Ryan McCarthy is a senior associate in the Miami office of Shutts & Bowen LLP, where he is a member of the Class Action and Mass Litigation practice group. Ryan has represented clients in all aspects of federal and state trials, mediations, appeals, and arbitrations, including financial institutions. He previously was a Judicial Intern at the Fourth District Court of Appeal.