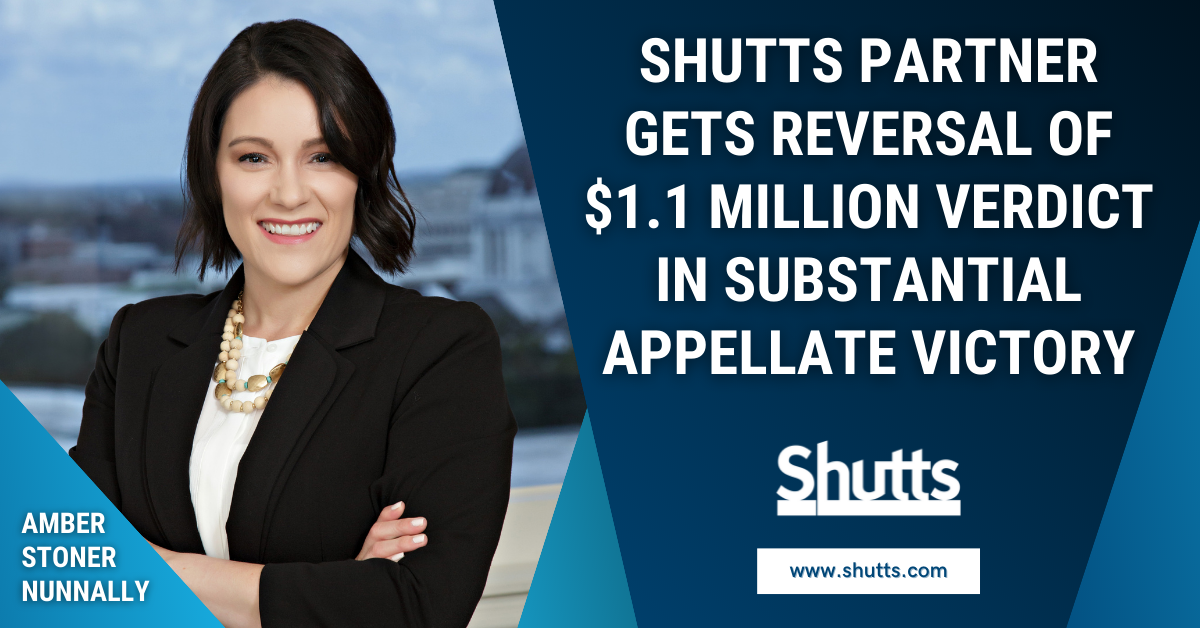 On appeal, Amber argued on behalf of the Medical Center that the trial court’s denial of its motion for directed verdict was incorrect. Citing Florida case law on premises liability and injuries caused by a transitory substance, as well as improperly stacked inferences drawn from circumstantial evidence, Amber established that legally sufficient evidence that the Medical Center had breached its duty of reasonable care to maintain its premises in a safe condition had not been presented, and that the Medical Center had therefore been entitled to a directed verdict. The First District Court of Appeal agreed, reversing the trial court’s decision and the $1.1 million judgement in a decisive victory for Shutts’ client.

“On behalf of our client, we are pleased with the result reached by the First District Court of Appeal” said Amber. “The reversal of this case reinforces that a plaintiff carries the burden to present sufficient evidence to prove his or her case, and is also a significant confirmation of Florida’s premises liability laws.”