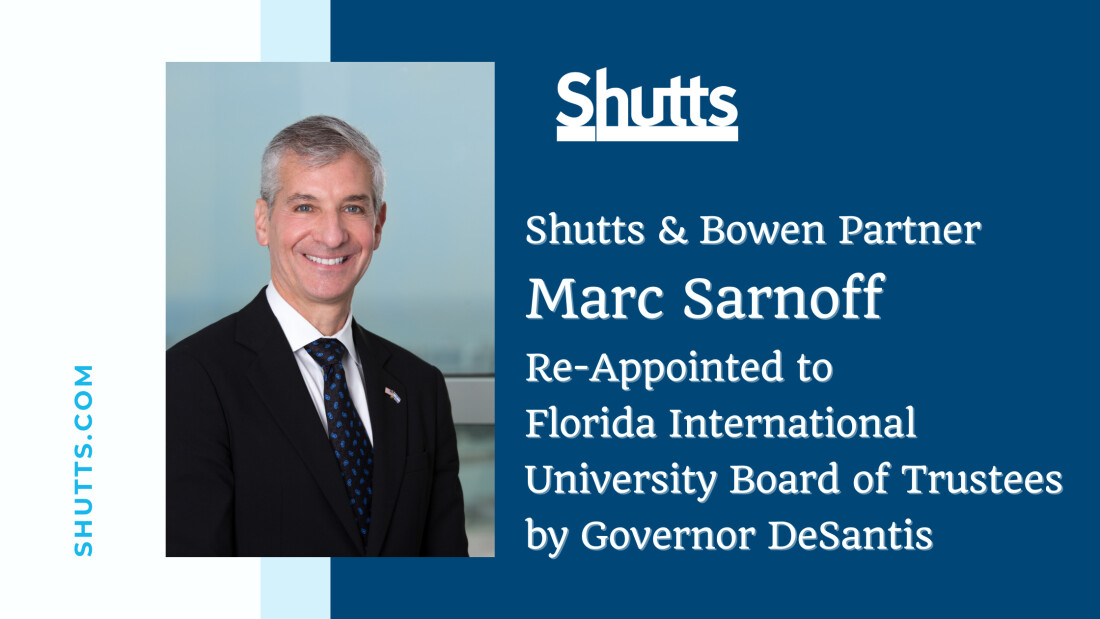 On Wednesday, May 19, 2021, Governor Ron DeSantis announced the re-appointment of Marc Sarnoff, a Real Estate partner in the Miami office of Shutts & Bowen LLP, to a second term on the Florida International University Board of Trustees. His appointment is subject to confirmation by the Florida Senate.

A Florida Supreme Court Certified Mediator and former City of Miami Commissioner, Sarnoff has served on the Florida International University Board of Trustees since 2016.

The Florida International University Board of Trustees is composed of 13 members, six of which are appointed by the Governor. The Board is responsible for developing cost-effective policies, implementing and maintaining high-quality education programs consistent with the University’s mission, conducting performance evaluations, and assuring that the University meets state policy, budgeting, and education standards.

“FIU has become a pillar in the South Florida community, and I am proud to play a small part in its advancement through the Board of Trustees,” stated Sarnoff.

Sarnoff previously served as Chairman of the Miami Downtown Development Authority and as a member of the Metropolitan Planning Organization of Miami-Dade County. He earned his bachelor’s degree in criminology from the University of Tampa, juris doctor from Loyola School of Law and a L.L.M, admiralty from Tulane School of Law.