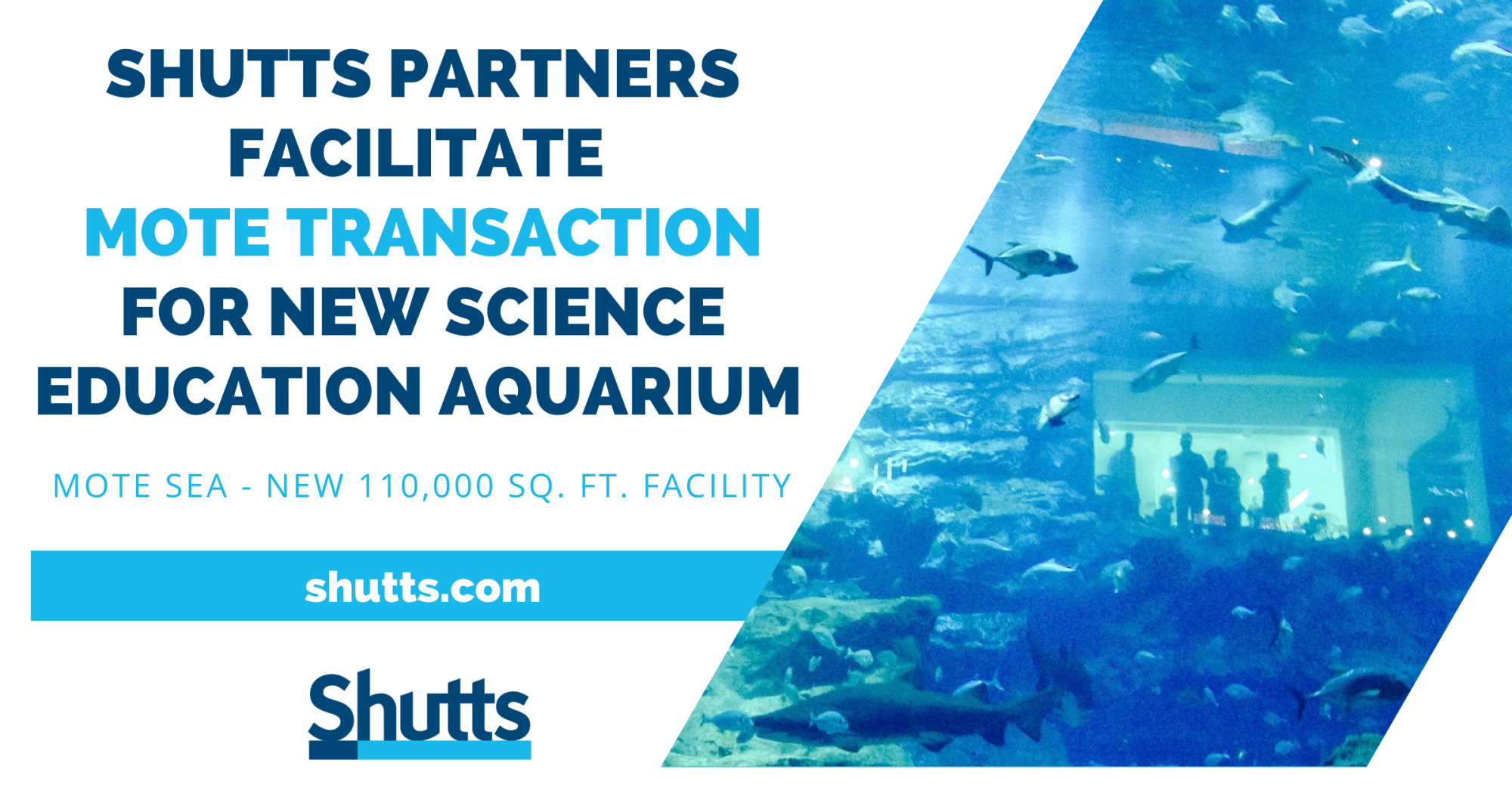 On behalf of their client, Mote Marine Laboratory & Aquarium, Shutts partners represented the Sarasota-based nonprofit organization in the purchase of land from Sarasota County for the site of the new Mote Science Education Aquarium (Mote SEA). The land acquisition was the culmination of four years of working with the county from concept to closing.

Mote’s new 110,000 sq. ft. aquarium facility, Mote SEA, will be twice the size of the current Mote Aquarium at the City Island facility near Longboat Key, with an estimated completion date set for 2024. Consultants to Mote have estimated the new aquarium will draw 600,000 to 700,000 visitors in its first year of operation, doubling its current turnstile count. The nonprofit marine research organization will build the $130 million facility on 11.76 acres of formerly county-owned land between The Mall at University Town Center and Nathan Benderson Park.

Sarasota partner John Patterson was lead counsel for the contracts with the county  and the purchase of the land, while Sarasota Office Managing Partner E. Zachary Rans was the lead attorney for the construction contracting phase.

Mote Marine Laboratory & Aquarium, based in Sarasota, Florida, has conducted marine research since its founding as a small, one-room laboratory in 1955. Since then, Mote has grown to encompass more than 20 research and conservation programs that span the spectrum of marine science: sustainable aquaculture systems designed to alleviate growing pressures on wild fish populations; red tide research that works to inform the public and mitigate the adverse effects of red tide with innovative technologies; marine animal science, conservation and rehabilitation programs dedicated to the protection of animals such as sea turtles, manatees and dolphins; and much more. Mote Aquarium, accredited by the Association of Zoos & Aquariums, is open 365 days per year. Learn more at mote.org or connect with @motemarinelab on Facebook, TikTok, Twitter, Instagram and YouTube.