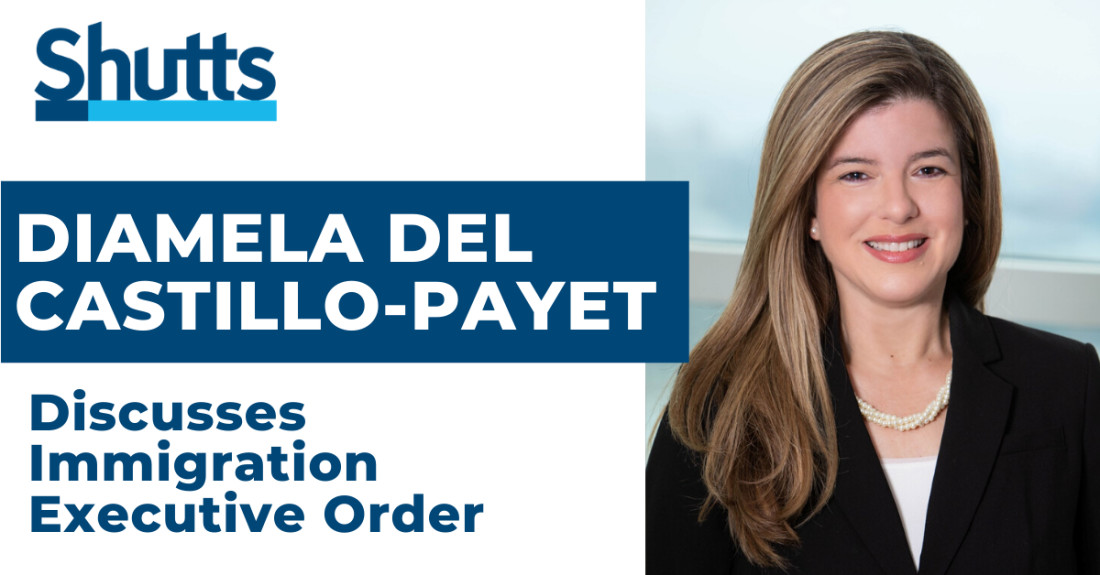 Immigration partner Diamela del Castillo-Payet was recently interviewed by NTN24, Colombia’s largest television news channel, to discuss President Donald Trump’s temporary immigration suspension due to the coronavirus. Diamela explained that the measure amounts to a suspension of the immigration process – not a cancellation – effectuated to allow the employment sector of the economy the opportunity to recuperate. In 60 days, those who are in the process of searching for permanent residence can expect processes to normalize.

Diamela clarified that non-immigrant visas, mostly used to permit foreign nationals to work temporarily in the US will not be affected by the executive order.