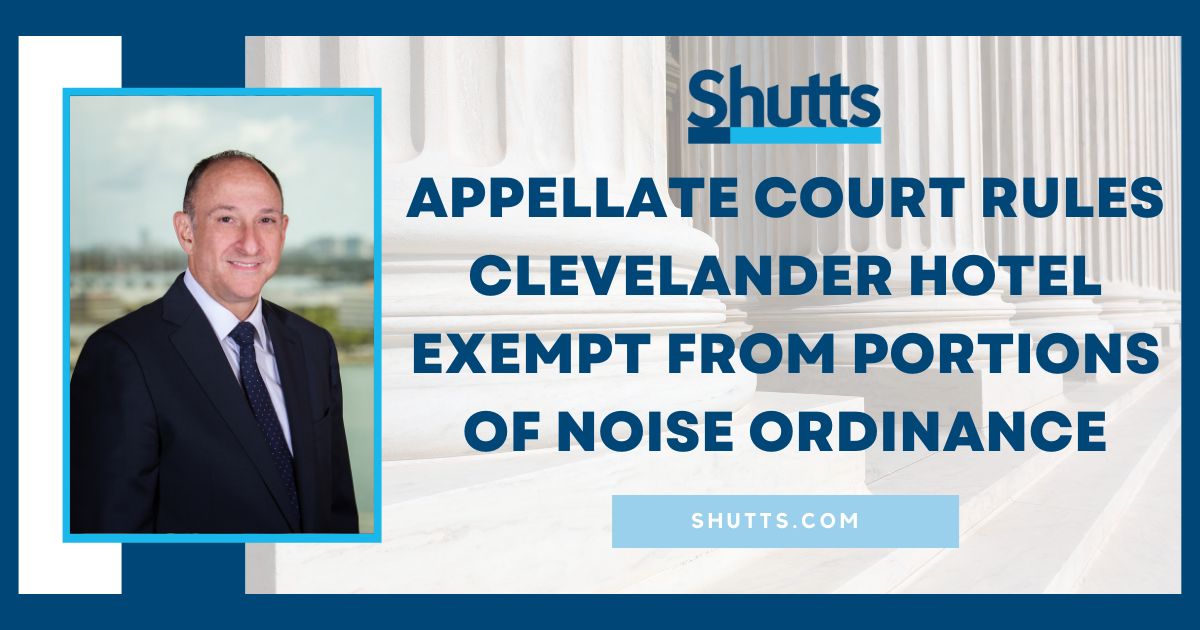 In a significant win for Miami Beach’s Entertainment District, the Third District Court of Appeal has ruled that the Clevelander Hotel on Ocean Drive has vested rights under its land development orders that supersede the city’s noise ordinance.

The city had appealed a ruling by Miami-Dade Circuit Judge Beatrice Butchko who granted the Clevelander’s motion for a temporary injunction blocking enforcement of an amendment to the city’s noise ordinance.

According to the Daily Business Review, this case showcases the impact of estoppel, a principle that prevents a party from being held accountable for another party’s inconsistencies. The Clevelander Hotel used the theory of estoppel to contest the city’s attempt to limit the hotel’s sound level.

“There is competent, substantial evidence to support the temporary grant of injunctive relief prohibiting the city from enforcing certain provisions of the general noise ordinance against the Clevelander,” wrote Third DCA Judge Bronwyn Miller.

Alexander I. Tachmes is a partner in the Miami office of Shutts & Bowen LLP, where he is Chair of the Land Use and Government Relations Practice Group and a member of the Real Estate Practice Group. Alex also is firm-wide Chair of Shutts & Bowen’s Covid-19 Response Team, which is comprised of lawyers from each major practice area affected by the pandemic, including real estate, tax, labor and employment, financial services and creditor’s rights.  A Martindale-Hubbell AV® rated attorney, Alex concentrates his practice on governmental matters, including land use and zoning, public-private transactions, competitive bidding and lobbying, and commercial real estate transactions, including hospitality matters.