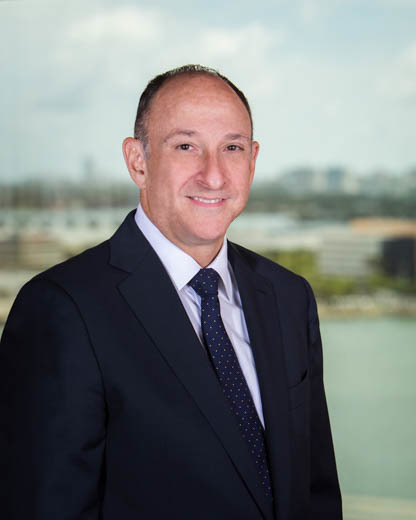 Alexander I. Tachmes is a partner in the Miami office of Shutts & Bowen LLP, where he is Chair of the Land Use and Government Relations Practice Group and a member of the Real Estate Practice Group.

Alex is firm-wide Chair of Shutts & Bowen’s Covid-19 Response Team, which is comprised of lawyers from each major practice area affected by the pandemic, including real estate, tax, labor and employment, financial services and creditor’s rights. The Team is responsible for monitoring all legislation and other governmental decisions relating to businesses and Covid-19, including the CARES Act that became law on March 27. Alex has advised multiple clients on the details of obtaining loans under the CARES Act and on the issue of loan forgiveness. Alex has a large hospitality practice in South Florida and, thus, he regularly advises hotels and restaurants as to how best to position themselves to obtain the benefits of the CARES Act.

Alex is a former First Assistant City Attorney for Miami Beach. While with the City, he concentrated his practice in the areas of public-private real estate development and other transactions. Alex served as counsel to the City in connection with the Loews Miami Beach Hotel project, involving the development of a $150 million, 800-room convention center hotel and parking complex on public land. The project is one of the largest public-private transactions, in terms of its overall cost, in Miami Beach history. Alex also served as counsel to the City on the Royal Palm Crowne Plaza Resort project, a $60 million, 422-room hotel on public land, adjacent to the Loews hotel.

Alex is very active in the community. He is a member of the Board of Directors of the Adrienne Arsht Center for the Performing Arts, where he previously served on the Executive and Finance Committees and as Assistant Treasurer. He is a member of the Juilliard Council at Lincoln Center in New York City. Alex previously served for 6 years on the board of Miami City Ballet, including serving as its Vice President, and also served on the Board of Jewish Community Services, a prominent social service agency in South Florida. Alex is also a Founder of Mount Sinai Medical Center. He is a published author on government contracts compliance and a lecturer and panelist on hospitality and tourism topics.