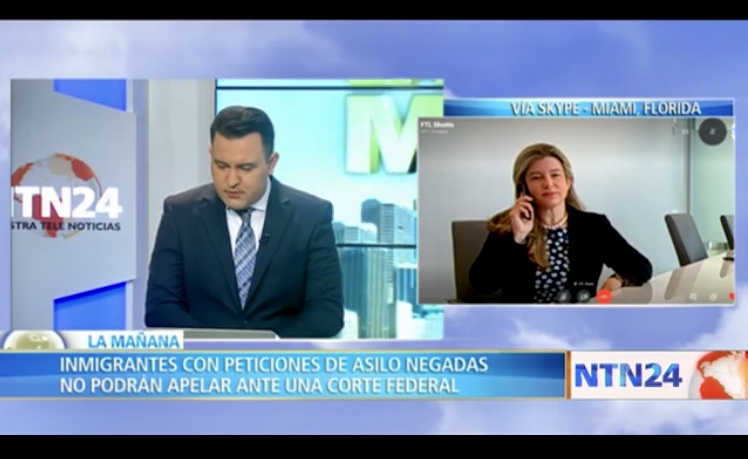 Immigration partner Diamela del Castillo Payet recently discussed President Donald Trump’s new victory regarding asylum seekers expedited proceedings with NTN24, Colombia’s largest television news station. The ruling, with a 7-2 vote, lands a victory for the current Administration, which seeks to curtail the number of annual asylum cases granted because it limits the ability of some asylum seekers to appeal a portion of the asylum process.  During the interview, Diamela explained the narrow application of the ruling, which targets those persons who cannot prove their credible fear of persecution if returned to their home countries.