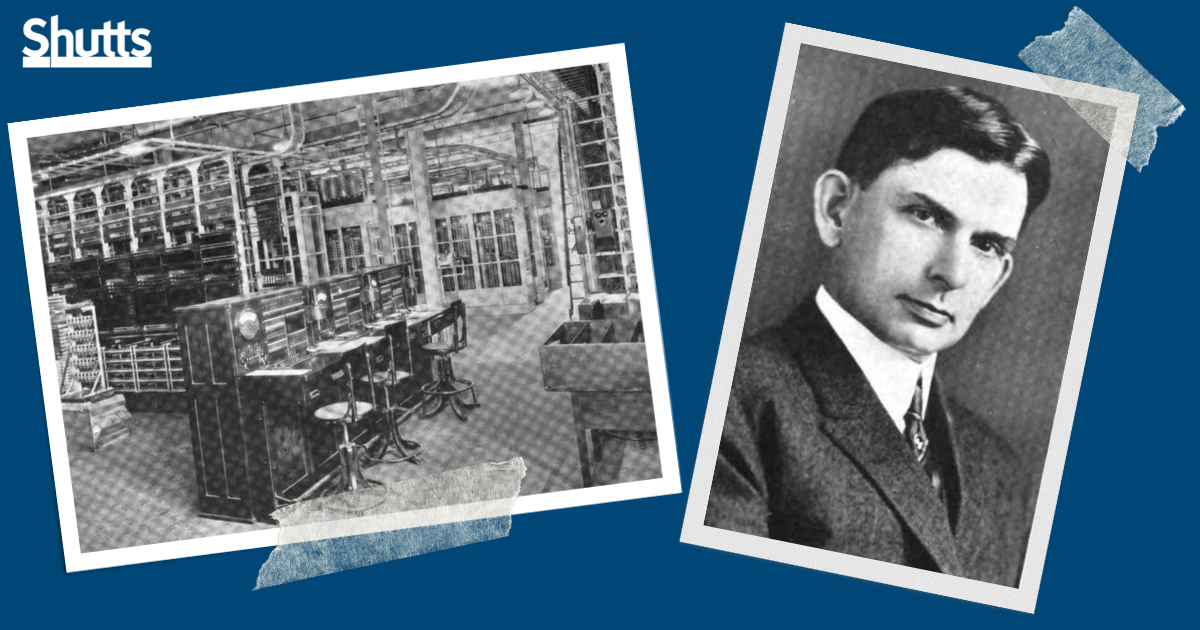 January 28th, 2022, marked the 100th anniversary of a historic event in the evolution and modernization of the City of Miami. Shutts & Bowen’s founder, Frank B. Shutts, made Miami’s first automatic phone call. As president of the South Atlantic Telephone & Telegraph Co., which eventually became AT&T, he undertook a mission to modernize Miami’s communication services by moving away from the switchboard and creating its first telephone dial service.

After arriving in Miami from Indiana in 1909 to act as a receiver for a failing bank at the request of the U.S. Comptroller of the Currency in Washington, D.C., Shutts went on to play a major role in shaping Miami’s development.

“It appears that he saw the promise of Miami and decided that he would set up a law practice here,” said Bowman Brown, chairman of Shutts & Bowen’s executive committee and co-chair of its financial services industry practice group.

The firm also worked with industrialist Henry Flagler on the railroad he was building to Key West.

“From what I understand, Flagler was not happy with the press he was getting in Miami, and so Shutts advised him, as his lawyer, to buy the newspaper, which he did, and the press remarkably got better,” Mr. Brown said.

Shutts later became publisher of the newspaper that Flagler purchased, which became the Miami Herald.

The act of making a phone call to someone in that day and age meant first asking a central operator to connect you to the correct person to whom you wished to speak. Then the operator was required to plug a cord into a socket to complete the call.

“I guess Shutts woke up one day and said, ‘You know what? I don’t like the phone service in Miami and I’ve got to do something about it,’ and he stepped up and became the president of the Miami telephone company,” CIO of Shutts & Bowen, Peter Abreu stated.

Shutts handled the research and due diligence for the project before purchasing the equipment, arranging for its installation, and managing the transfer from a manual to the automatic system at midnight on Jan 28, 1922, according to Abreu. He said that by the last day Shutts had ownership of the company on Dec. 31, 1924, the service had more than 12,000 subscribers.